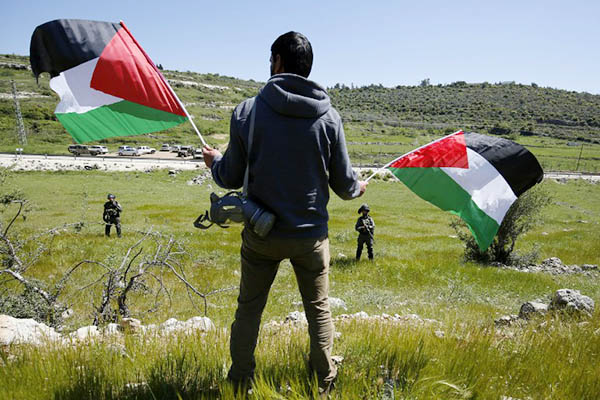 Middle Eastern nations say there can be no compromise on two-state solution.

Egypt’s President Abdel Fattah al-Sisi and King Abdullah II of Jordan agreed on Tuesday there could be no concessions on establishing a Palestinian state, the presidency said after talks in Cairo.

The meeting between the leaders of the two Arab countries that have signed peace treaties with Israel came after U.S. President Donald Trump’s administration suggested it would not insist on a Palestinian state for a Middle East peace agreement. “The two sides discussed ways to push the stagnant Middle East peace process, especially in light of U.S. President Donald Trump’s administration coming to power,” a presidency statement said.

A two-state solution “with a Palestinian state… with east Jerusalem as its capital is a nationalist principle that cannot be conceded.”

After meeting Israeli Prime Minister Benjamin Netanyahu in Washington earlier this month, Trump said he would entertain a “two-state and a one-state” solution. But his ambassador to the United Nations, Nikki Haley, later tempered this stance, saying Washington “absolutely” supports a two-state solution but wants new ideas on how to move forward.

The two-state solution—a Palestinian one alongside Israel—has long been the cornerstone of U.S. and international policy, and the seeming American shift was greeted with hostility from other world powers.