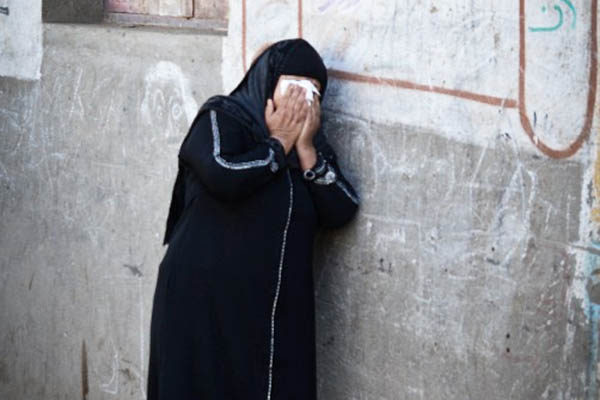 Authorities say perpetrators will be tracked down and punished for their actions.

Muslim villagers south of Cairo set ablaze Christian homes and assaulted an elderly woman, parading her naked in public, over rumors of an interfaith relationship, the church and officials said Thursday.

Coptic Pope Tawadros II called for restraint after the incident in Karam village in Minya province, the Coptic Orthodox Church said in a statement. The authorities have assured the pope that they will “chase down the perpetrators and bring them to justice,” the church said.

Copts, who make up about 10 percent of Egypt’s population of 90 million, have faced persecution and systematic discrimination that spiked during the 30-year rule of Hosni Mubarak, who was toppled by a popular uprising in 2011. The latest incident on May 20 followed rumors that a Christian man was having a relationship with a Muslim woman, the diocese of Minya said Wednesday on the Coptic Church’s Facebook page.

The church said that even though the man’s parents had told police they were receiving threats, security forces took two hours to arrive after Christian homes started to come under attack on Friday night.

During the attack, armed individuals looted and set fire to seven houses belonging to Christian families, the church said. The church said an elderly woman, identified by the prosecution as the mother of the man said to be involved with the Muslim woman, was stripped naked and paraded before the mob. A prosecution official said six homes were set on fire.

President Abdel Fattah al-Sisi was hailed by the church and many Muslims as their savior from Islamists after the former army chief toppled Egypt’s Islamist president Mohamed Morsi in 2013. Sisi had been a member of the ruling military council following Mubarak’s ouster in 2011, when 26 Copts were killed in clashes with soldiers outside the headquarters of state television.

The military said three soldiers were killed in the confrontation.

The Copts had been protesting against an arson attack on a church in southern Egypt, which came after two deadly clashes between Muslims and Christians in Cairo. For many Copts, those events had been overtaken by more violence under Morsi, such as when police fired tear gas at mourners in the main Coptic cathedral and after his ouster when his supporters set fire to dozens of churches.

In January 2011, when Egypt was under Mubarak, a suicide bomber killed more than 20 people at a New Years mass in the Mediterranean city of Alexandria.