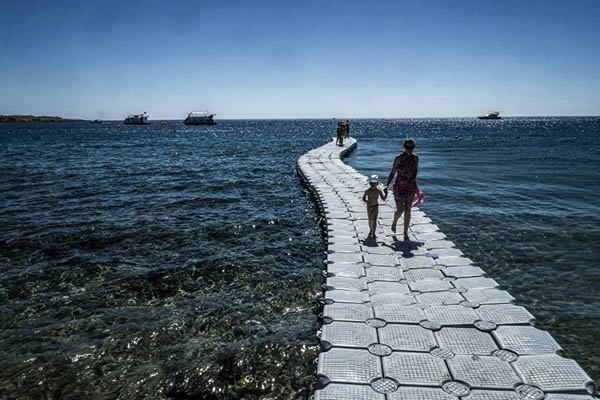 Security official says decision could be revisited later, as it will likely have impact on country’s tourism industry.

Egypt will stop issuing on-arrival visas to lone travelers, officials said Tuesday, in a move aimed at bolstering border security but prompting fears that tourism revenues could be harmed.

For years, tourists arriving from Europe, the Americas and most Gulf countries could arrive at the airport, present their passport, pay a few Egyptian pounds and get their documents stamped with a visa. But no more.

From May 15, groups traveling with tour operators will still be able to do so, but people traveling on their own will have to apply at consulates abroad, tourism and foreign ministry officials said.

Egypt is trying to woo back tourists after almost four years of unrest hit the once-thriving industry, which used to account for 11 percent of gross domestic product and employed some four million people. About 10 million tourists visited in 2014, down sharply from a 2010 figure of almost 15 million people drawn to the country’s archaeological sites and pristine Red Sea resorts.

Between five and seven percent of them arrived alone, tourism ministry spokeswoman Rasha al-Azayzi told AFP. “It is certainly a decision related to security,” she said, confirming that only groups that have booked with tour operators may still receive the visas at airports.

But while acknowledging that the measure would improve the security situation, a senior security official said it could be revisited. “It achieves the security objective but, for a country that attracts tourists, there is fear that this will have a negative impact,” he explained.

Tourists have mostly been spared the sporadic violence that has killed more than 1,000 people since 2011, when a popular uprising overthrew longtime president Hosni Mubarak. Three South Korean tourists were killed in a 2014 suicide bombing aboard a bus in the resort town of Taba on Israel’s border.

Most militant attacks since the army overthrew Mubarak’s successor, Islamist president Mohamed Morsi, in 2013 have targeted policemen and soldiers.