Popular Egyptian Satirist on the Hook for ‘Insulting Pakistan’ 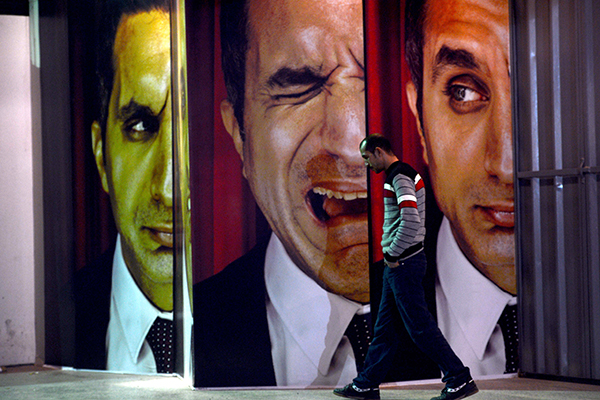 Bassem Youssef is facing a slew of charges, including allegedly insulting Pakistan.

Youssef—whose weekly political-satire TV show Al Bernameg (or, The Program) has spared few public figures of merciless critique—stands accused of “insulting the state of Pakistan and causing tensions in its relations with Egypt.”

In an episode of Al Bernameg which aired after Egypt’s President Mohamed Morsi visited Pakistan last month, Youssef made fun of a hat worn by the president when he received an honorary doctorate degree from National University of Science and Technology in Islamabad on March 18. (Morsi’s visit was the first by an Egyptian head of state since President Gamal Nasser’s in the 1960s.)

The comic is also accused of “spreading atheism” after he allegedly made fun of Islam’s prayer ritual which constitutes “questioning one of the five pillars of Islam.” He is currently on bail pending investigation into charges of insulting Morsi and Islam.

Under Egypt’s legal system, complaints are filed to the public prosecutor, who decides whether there is enough evidence to refer the case to trial. Suspects can be detained during this stage of investigation.

Youssef’s show started as a YouTube series in 2011 after the Tahrir Square protests led to the ouster of then president Hosni Mubarak.

He sparked controversy by airing the trailer for the blasphemous Innocence of Muslims video. Some in Egypt blamed him for the ensuing riots. Youssef’s Web series quickly went viral and landed him a spot on one of Egypt’s privately-owned cable channels. The show is a runaway success, and has confirmed Youssef as one of his country’s top opinion leaders.

Youssef has almost a dozen complaints pending against him, including one accusing him of committing blasphemy against Islam’s Prophet. “It’s a way to pressure you and a way to exhaust you and a way to drain your energy,” he told Newsweek last month of his legal challenges. “Every single word we write, we take it seriously if it’s going to offend people,” he said. “We have to work to be socially acceptable.” 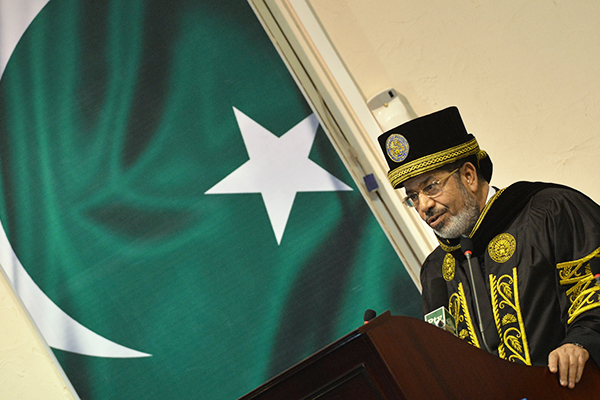 No offense but can’t we just ignore him? I mean, do not give too much attention to this guy and sooner and later he will realise that he cannot run the trick.

dude, we have problems. let them talk. talk is all they can do.