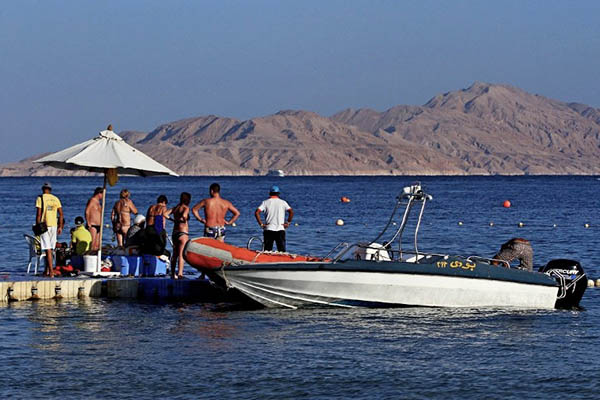 Analysts say government erred by not informing public it was negotiating new borders with Gulf kingdom.

Egypt’s surprise move to give two Red Sea islands to Saudi Arabia has prompted rare criticism of President Abdel Fattah al-Sisi by Egyptians who see the transfer as an affront to national pride.

Reaction ranged from social media mockery to allegations of poor governance after Egypt announced the deal, which came during a visit by Saudi King Salman and as Cairo struggles to steady its vital tourism sector. “Come, come my pasha, the island is for one billion, pyramids for two with two statues free,” wrote popular Egyptian satirist Bassem Youssef in a tweet that summed up the mood online.

Although generations of Egyptians have grown up believing the islands belonged to Egypt, Cairo insists they have always been Saudi territory, which was leased to it in 1950 following a request by Riyadh. Many Egyptians view Tiran and Sanafir with patriotic fondness because of the islands’ association with the four wars Egypt fought with Israel between 1948 and 1973.

Lying at the mouth of the Gulf of Aqaba, the islands can be used to control access to the Israeli port of Eilat. They were captured by Israel in the 1967 Arab-Israeli war before being returned to Egypt under the 1979 Camp David Accords. “The government’s mistake was that it did not inform the people that discussions were under way with Saudi Arabia to demarcate the borders,” said Mustapha Kamel al-Sayyid, a professor of political science at the American University of Cairo.

Many feel that handing over the islands shows how far Egypt’s prestige has fallen in a region that was for decades heavily influenced by Egyptian political and cultural largesse. “Our problem is not with who buys them, our problem is with who sells,” tweeted Youssef.

Saudi Arabia, a strong backer of Sisi’s regime, has pledged to respect “all agreements” concerning the islands, but some Egyptians are unimpressed with the way the transfer was handled. “We have the right to reject the lack of transparency on part of the Egyptian government,” tweeted well known political analyst Amr Hemzawy. “The ceding of territory without considering its history and locations reflects a lack of objectivity.”

There were no street protests against the decision, however.

The handover still has to be approved by Egypt’s parliament, which is dominated by lawmakers loyal to Sisi who has crushed opponents since ousting his Islamist predecessor Mohamed Morsi in 2013. Cairo says the transfer agreement was based on a presidential decree issued by former leader Hosni Mubarak, who in 1990 even informed the United Nations about the matter.

Several multi-billion-dollar deals were signed during Salman’s five-day visit, which ended on Monday, including a proposal to build a bridge spanning part of the Red Sea to connect the two nations.

Salman’s trip was a clear sign of Saudi support for Sisi at a time when Riyadh is keen to shore up ties with its Sunni allies as it vies for regional supremacy with Shia Iran.

Egypt’s battered economy badly needs the kind of stimuli offered by the Saudi deals, but analysts struggled to see the shared benefits of transferring the islands. “This agreement meets the aspirations of the Saudi government, which wants to present the country as the leading power in the Middle East,” said political scientist Sayyid.

Jamal Khashoggi, a veteran Saudi journalist and analyst, said that the two islands were more of “historical importance” as the kingdom always saw them as its territory. “Fences make good neighbors. Now we have the islands. Maybe tomorrow there could be an oilfield or gas discoveries… It keeps us from having disputes later on,” he said.