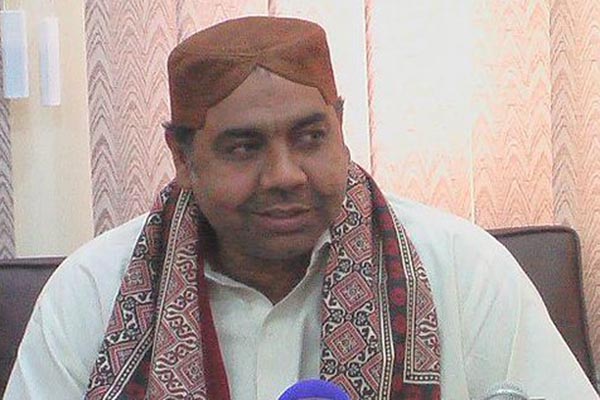 An election tribunal on Monday rejected the nomination papers of Saifullah Abro, the ruling Pakistan Tehreek-e-Insaf’s technocrat candidate for a Senate seat from Sindh, declaring that he cannot contest the upcoming polls.

Last week, petitioners G.M. Khan and Shahid Ali had challenged a returning officer’s decision to accept the nomination papers of the PTI’s Abro, arguing that he did not meet the criteria laid out for technocrats. Under Pakistan’s Constitution, a “technocrat” refers to any person who holds a degree that was completed after at least 16 years of education, recognized by the Higher Education Commission, and has at least 20 years of experience, including a record of achievements at the national or international level.

On Monday, an election tribunal took up the petition against Abro and heard arguments from both parties. In its verdict, it ruled that Abro cannot contest the Senate polls. “The objections raised by the petitioners were proved true and Saifullah Abro does not fulfil the requirement of a technocrat,” read the short order.

The PTI has faced several challenges to its proposed candidates for the Senate elections, set to occur on March 3. Party leaders from rural Sindh had earlier expressed reservations over the allotment of tickets to federal minister Faisal Vawda and Abro. In a letter seen by Newsweek, the PTI officials had said they were “extremely disappointed with the entire process” of the selection of PTI’s candidates for the Senate polls.

A key complaint was that no nominations were sought by individual candidates and the entire selection process was left to a committee designated by Prime Minister Imran Khan. In a meeting of the party, Khan rejected these concerns, maintaining he had the final authority to decide who would be awarded a ticket for the Senate.

Vawda’s nomination has especially drawn the ire of PTI leaders, who maintain that a sitting federal minister—already elected to the National Assembly—should not be fielded for a Senate seat that could be occupied by a more suitable local leader. Planning Minister Asad Umar, in a TV appearances, acknowledged the concerns, adding that Vawda was facing potential disqualification from the National Assembly in an ongoing dual nationality case and wanted to join the Senate to avoid being removed from office.