Elections in India-held Kashmir After Delimitation of Constituencies: Narendra Modi 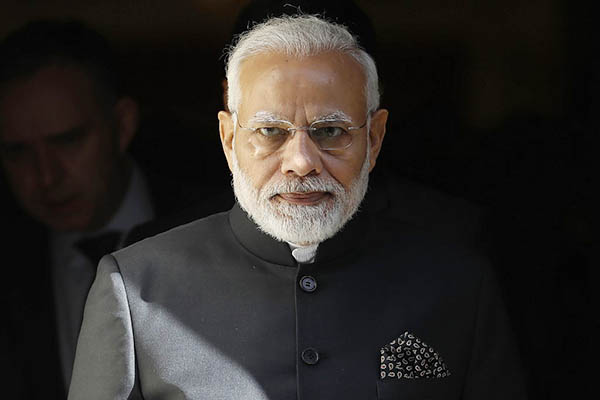 In meeting with Kashmiri stakeholders, Indian prime minister says disputed region can be restored to full statehood ‘at the right time’

Indian Prime Minister on Thursday assured senior politicians of India-held Kashmir that he is committed to full statehood for the disputed region—but only when the time is right.

According to Indian media, Modi invited 14 Kashmiri politicians to his residence for a nearly three-hour meeting on the prevailing situation in the occupied territory. “Our priority is to strengthen grassroots democracy in Jammu and Kashmir,” he posted on Twitter after the meeting. “Delimitation has to happen at a quick pace so that polls can happen and Jammu and Kashmir gets an elected government that gives strength to Jammu and Kashmir’s development trajectory,” he added.

The post reflects the substance of the talks with Kashmiri leaders, according to Indian media. It said that representatives of the Indian government and the Kashmiri leaders had all expressed a desire to restore democracy in the region after the Indian parliament’s Aug. 5, 2019 decision to abrogate the special constitutional status of the territory.

Former chief minister Mehbooba Mufti, speaking to press after the meeting, said she had called for a release of all political prisoners—several of whom have been imprisoned for almost two years now. “We will struggle for [Article] 370, be it months or years,” she said, referring to the region’s special status. “We didn’t get this [special status] from Pakistan, but from India, Nehru. There can be no compromise on this,” she added. Former chief minister Omar Abdullah, also in attendance, however regretted at Modi’s demand for delimitation prior to any elections in held-Kashmir. “In other states, delimitation will be taken up in 2026, why has Jammu and Kashmir been singled out? We told the P.M. delimitation is not needed,” he told journalists.

Indian media has reported that Modi had stressed during the meeting that polls would only occur after delimitation, adding that statehood could also be restored after elections; the abrogation of Article 370 has left the region relegated to a union territory. He also sought to dismiss concerns from Kashmiris about Delhi imposing its will on them, saying that the government would remove the perception among Kashmiris of them being “distant” from the federal government.

Home Minister Amit Shah, in a posting on Twitter, claimed Delhi was committed to ensuring development of Jammu and Kashmir. “The future of [Occupied] Jammu and Kashmir was discussed and the delimitation exercise and peaceful elections are important milestones in restoring statehood as promised in parliament,” he added.

Thursday’s meeting was the first time Modi has reached out to political leaders of India-held Kashmir since the August 2019 unilateral decision to revoke the special constitutional status of the region. Several of the meeting’s participants had actually been detained in the immediate aftermath to prevent them from leading protests against the measure. Reportedly, the government agreed to set up a committee to review cases of political prisoners, including those who had already been released like Abdullah and Mufti.