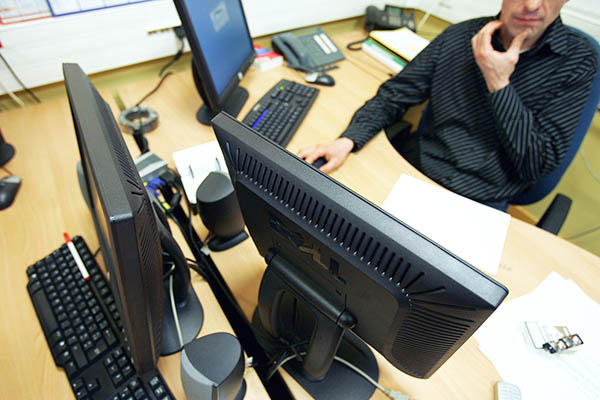 The government has no reason to halt the erosion of individual and civil liberties on the web.

Privacy International, which describes itself as a London-based charity that investigates the secret world of government surveillance and exposes the companies enabling it, has just released a report—Tipping the Scales: Security and Surveillance in Pakistan—detailing how “Pakistan’s intelligence agencies have abused their communications surveillance powers.”

A quick scan of the report and its annexes shows that Pakistani state/intelligence apparatus has not only spied on its citizens itself, it has allowed, without any legislative or legal consent of its citizens, foreign intelligence agencies like the U.S. National Security Agency (NSA) and the U.K. Government Communications Headquarters (GCHQ) to tap into voice and other data generated by Pakistani citizens.

All of this, according to the report, has been done secretly and without any legal-constitutional mandate despite the fact that Pakistan is a signatory to the International Covenant on Civil and Political Rights (ICCPR).

The report clearly gives it recommendations, just after the Executive Summary, and lays down important points and references for further investigation into this exercise which, it maintains, began in 2005. While Pakistan was being ruled by a quasi-military regime at the time, it is evident from the contents of the report that two subsequent, ostensibly-democratic governments have carried on with this policy that has violated, and continues to violate, the privacy of Pakistani citizens.

These concerns, of course, are not peculiar to Pakistan. But what distinguishes Pakistan in this context is the lack of a robust legal structure that can safeguard the citizens from such abuse or even any informed concern on the part of legislators who, for the most part, are elected to do nothing and stand firmly by that principle through their benighted tenures.

But let’s consider the landscape.

Jeremy Bentham, English philosopher, jurist and social reformer, drew a prison, the Panopticon. The prison was structured such as to allow a single guard (the observer -opticon) to observe the inmates (the pan) without the inmates knowing that they were being observed.

In his book, Discipline and Punish, where Foucault talks about the movement from the culture of spectacle (punishment directed at the accused’s body in front of an audience) to the carceral culture (the development of the complex penal system through which power is exercised), he draws on Bentham’s idea of the panopticon, the “observation and gaze as key instruments of power”.

Foucault discusses, through his work, the layers that combine the physicality of punishment to the semiotics that are used for social conditioning and by this combination establish the elements of disciplinary power.

Some 43 years before Foucault, Aldous Huxley wrote Brave New World, a sci-fi, satirical novel set in London in 2540 A.D., also referred to as 634 A.F. (After Ford), the man whose assembly line principles are used to create the World State with different genetic classes for “mass production, homogeneity, predictability, and consumption of disposable consumer goods” until you get Auden’s ‘unknown citizen’, a ‘satisfied’ employee of Fudge Motors Inc.

The theme of social control is not new. Orwell treated it with much success in Nineteen Eighty-Four and Animal Farm. Kafka lent his pen to it in The Trial and from across the Iron Curtain we got works like Koestler’s Darkness at Noon et cetera.

The refrain that runs through these works, whether in literature or in the domain of social sciences, is the relationship between the individual and the collection. While social contract theorists are all agreed that individuals must surrender part of their sovereignty to the collection (society and state) for their own benefit, how much of that sovereignty must be retained by the individual, if at all?

J. S. Mill attempted the issue, as did Berlin, and many others. But it’s a nettlesome problem and it refuses to go away. Its balance remains notoriously elusive and the elements of any discussion—as always happens in the social sciences—are determined by the framework one is using, an overt acceptance of domain restriction that is both the boon and the bane of social sciences inquiry.

With the world having moved into the digital age, the questions of individual privacy and liberties have become even more pressing. The questions of the 80s and 90s, of what constituted the state, where it was situated, how much or how little of it we needed, despite trans-border organizations and multilateralism, have become passé in many ways.

The rise of non-state actors and global terrorism has brought the state and its writ back into play. Emergency measures (exception) are increasingly becoming the norm. Digital surveillance and the data it generates is now the contentious ground between the individual and the state. Emerging technologies, as also enabling technologies for what is in the pipeline, have sharpened the salience of these questions and concerns. Connectivity feels good. It is used by people in many positive ways. But, equally, it allows for “observation and gaze”, the two crucial elements of state power.

The paradox is both delicious and disconcerting. It is now a known fact that intelligence agencies have immense capacity to know what we are doing. There are drones that can monitor emails, text messages, even Voice over IP conversations. There are apps that can tap into anything one is doing electronically. Cell phones can turn into listening devices; laptop cameras can begin recording your life and any of the many things that are possible and are being used can happen without the victim’s knowledge.

There’s irony here too. Bentham wasn’t just creating a panopticon. He was also invested in creating a felicitous calculus. There’s much felicity now with people being connected the way they are, but what about the gaze?

Edward Snowden’s revelations are out there for anyone to read. With terrorism, we want our police forces to be more proactive and preempt attacks. That requires more information, greater coordination, better capabilities to tap into communications, have the ability to suck information like a vacuum cleaner and then retrieve and manage it efficiently for preemption.

But there is no guarantee that this capacity is only being used against the undesirable elements. There is also no guarantee, even where protections are built into law, that people are protected against illegal surveillance and monitoring. The web is a dark place and only those who know it have the eyes to see things. The majority of us, the users, are blind. But the great thing about this panopticon is that we are generally happy prisoners. There’s a convenience here and none of us can afford to act like Milton’s Satan and end up on the wrong side of this electronic deity.

The super structure has already taken hold of us through smartphones, laptops, credit cards, smart-chip ID cards, driver’s licenses and other machine-readable stuff we are required to carry—by law!

Into this milieu comes the Privacy International report. The points it raises must be agitated. That said none of us are about to stop using cell phones or emails or get rid of our smart-chip cards. Our protests, therefore, are akin to trying to rearrange the deck chairs while the Titanic goes down.

The problem is bigger and inevitable. Every step we take in the direction of ‘progress’ is also a step toward regression. There is no escaping that paradox. J. Robert Oppenheimer, one of the primary physicists at the Manhattan Project, was right when he exclaimed after the first nuclear weapon test: “Now I am become Death, the destroyer of worlds.”

None of us is about to get out of his electronic bind. The paradox of the state barging into peoples’ living rooms and bedrooms is exacerbated by the simultaneous increase in the capacity of individuals and groups to harm the leviathan called the state. That being the case, we will, in the coming years, see more of the gaze and further erosion of individual and civil liberties.