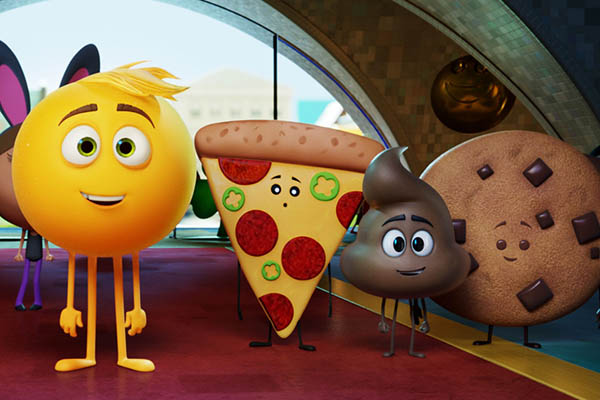 One day before Hollywood honors the year’s best films at the Oscars, the Razzies honor the year’s worst—and the winner is The Emoji Movie.

The animated film beat other dud 2017 films such as Baywatch, Fifty Shades Darker, The Mummy and Transformers: The Last Knight to win an infamous Golden Rasberry award.

The year saw “Hollywood’s recycled trash heap attain an all-time high,” with a “toxic-level lack of originality,” the organizers said in a statement.

The Emoji Movie, the first animated movie to win the award in the Razzie’s 38-year history, also “won” in the categories of worst screenplay, worst screen combo and worst director.

A video announcing the award winners included an “In Memoriam” segment, with pictures of Hollywood luminaries—including Harvey Weinstein, Kevin Spacey, Woody Allen and Bill Cosby—caught up in sex scandals. “Very sorry … but we won’t be missing you—or your kind,” the video said.

The Razzies were created in 1980 as an antidote to Hollywood’s star-studded, backslapping annual awards season, which climaxes Sunday with the Academy Awards. Nominees rarely attend the Razzies, usually held in small venues somewhere in and around Los Angeles.

Sandra Bullock turned up in 2010 to accept worst actress for All About Steve, a day before winning best actress Oscar for The Blind Side.

Most of the Razzie categories are chosen by the 800 or so members of the Golden Raspberry Award Foundation, who earn voting rights by paying a $40 membership fee, with a $25 annual renewal.