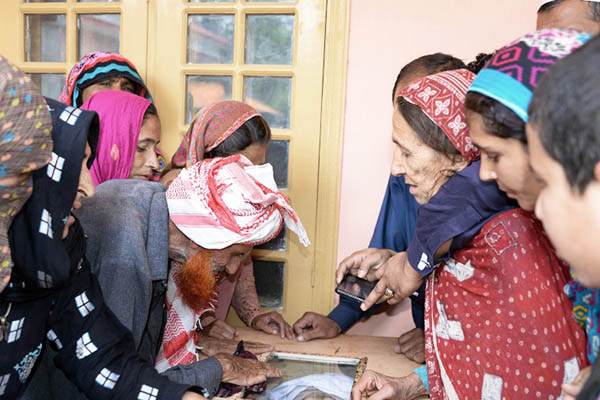 Executed man’s burial was attended by around 400 people in Pakistan-administered Kashmir.

Shafqat Hussain, controversially hanged for a crime which his supporters say was committed when he was a juvenile, was buried Wednesday amid emotional scenes.

Hussain was hanged on Tuesday for killing a seven-year-old boy in Karachi in 2004 despite claims he was under 18 at the time and was tortured into confessing. At the burial in his native Pakistan-administered Kashmir, attended by around 400 people, his mother Makhni Begum had to be dragged away from his coffin as it was taken to be interred.

“Please don’t take him away, he has been far from me for too long, please let me be with him,” she cried. His father, who is paralyzed, fell on the coffin weeping and kissing it until he too had to be dragged off, while Hussain’s sister collapsed, overcome with emotion.

“I curse myself, I curse my poverty which cost me the life of my son. I wish I was wealthy enough to buy justice,” Begum told AFP.

Pakistani and international rights campaigners took up Hussain’s case, pushing hard for months for his sentence to be commuted but to no avail.

Pakistan has hanged around 180 convicts since ending a six-year moratorium on executions last December, after Taliban militants massacred more than 150 people at a school. Amnesty International estimates that Pakistan has more than 8,000 prisoners on death row, most of whom have exhausted the appeals process.

Supporters argue that the death penalty is the only effective way to deal with the scourge of militancy in the country. But critics say the legal system is unjust, with rampant police torture, poor representation for victims and unfair trials.