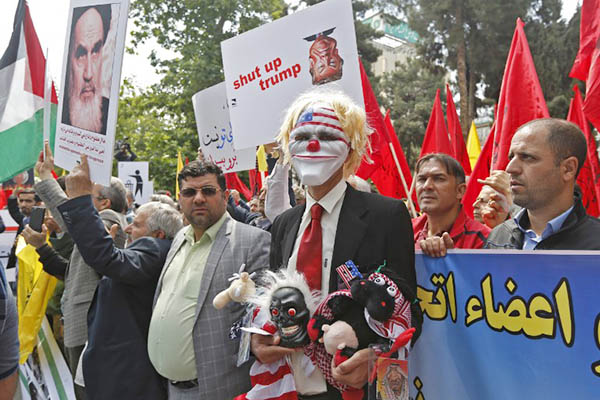 While some U.S. officials hope their increasingly aggressive measures could trigger some kind of new Iranian revolution, they are unlikely to get much take-up at Tehran’s Tajrish bazaar.

The overriding response to Monday’s threat-laden speech by U.S. Secretary of State Mike Pompeo was one of weary apathy.

Not one person approached by AFP over several hours at the upmarket bazaar in northern Tehran had seen the speech. When its key points were relayed to them, it was generally seen as the same angry rhetoric they have been hearing from the United States for decades.

Pompeo’s threat to “crush” Iran with sanctions has sparked widespread fears, particularly among anyone with a business linked to the outside world. But sanctions are also familiar in Iran, and many remained defiant.

Pompeo said he wanted a new deal with Iran, but his 12 demands on ending Iran’s regional interventions and missile program are considered a non-starter by the government, particularly in the way they were presented. “Trump’s secretary of state is 40 years behind the times. The Iranian nation had the revolution so that no one can tell them what to do,” said Eshagh Jahangiri, Iran’s first vice president. “Trump’s administration will eventually have to come to terms with the reality that Iran… must be spoken to with the language of courtesy and logic and not with the language of threats,” he wrote on Twitter.