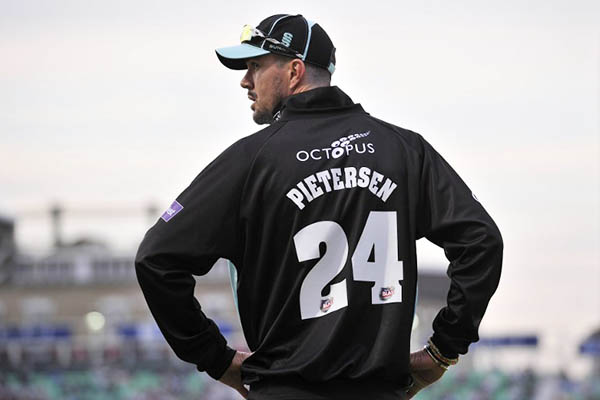 Former player says current team should not be blamed for losing to Pakistan in U.A.E. Test series.

Top-order batsman Pietersen, whose England career was effectively ended this year because of “trust” issues, called on the England and Wales Cricket Board (ECB) to insist on more spin-friendly pitches and reduce the number of county clubs from the current 18. “The players are not to blame,” said Pietersen, currently playing Twenty20 cricket in his native South Africa, on the BreatheSport website.

“You cannot have the surfaces you’re playing on in county cricket and think that the pool of players [available] to pick from, just a level down from the international Test stars, are going to be good enough to fill the gap and play well in these conditions.”

England’s spinners were outbowled by their Pakistan counterparts, while a team with relatively little collective experience of playing on turning pitches suffered batting collapses in the second and third Tests. “You can’t have spinners bowling on green wickets [just] because counties want results,” said Pietersen. “You just can’t have it.”

Meanwhile, Peter Such, the ECB’s lead spin coach, agreed more responsive pitches were part of the solution. “We need to find a way to get those overs into our young bowlers,” said Such, himself a former England off-spinner. “Ideally you want an environment that is more spin-friendly—and the surfaces we play on are the most important factor in that, it determines so much of the game we play.”

Pietersen, however, was adamant that England had to reduce the number of professional county cricketers. “What needs to happen is the counties need to be shrunk,” he said. “There need to be fewer teams. You need fast bowlers only playing eight to 10 first-class games over six months. They can then bowl fast for six months. You need spinners bowling on Test match wickets, so that they learn to bowl on them. You need batsmen knowing they’ve got to bat long, and really well, to get runs. The whole environment then becomes a lot more Test-equipped.”

Green, seam-friendly pitches have long been a part of the English cricket landscape, but Pietersen said domestic conditions had to change if they were to improve their away form. “They [will then] know they’re not going to be playing on a green seamer, and having a two-day game because ‘dibbly-dobblies’ are going to knock you over,” the former England captain explained. “Things need to happen. The ECB needs to manage all the [groundsmen]—they need to prepare Test wickets. We cannot blame the players in this situation. The structure is to blame. It is archaic, and it needs to change.”