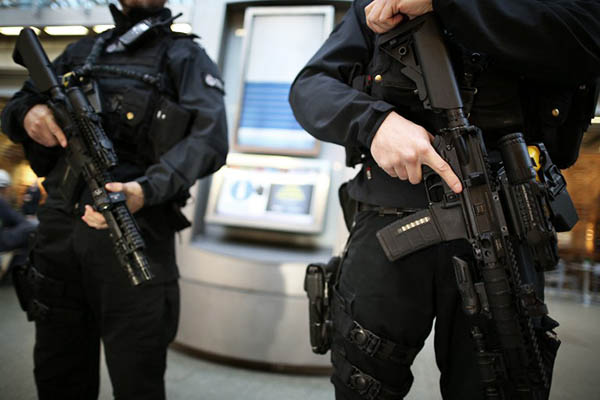 Report finds only three of 43 forces in England and Wales able to protect and support victims.

Her Majesty’s Inspectorate of Constabulary, which independently assesses policing in England and Wales, found the police had “some way to go.” Only three of the 43 forces in England and Wales were “prepared to some extent” in protecting and supporting victims effectively, while “every police force must improve its understanding” of the problem.

The publication, entitled The Depths of Dishonour: Hidden Voices and Shameful Crimes, also shone a light on the scale of the problem, fearing those victims who come forward are just the tip of the iceberg. “HBV is being suffered on a daily basis by blameless citizens throughout Britain,” the report said. “They are assaulted and betrayed by the people closest to them, their family and community, from whom they have the right to expect love and protection.”

Studies show FGM is chiefly rooted in Britain’s African communities, while forced marriage is largely found in its South Asian communities. The report cited research which found more than 11,000 HBV cases, including domestic abuse and rapes, were recorded by police forces between 2010 and 2014, though “the scale of the problem remained unknown.”

Of the 1,267 cases handled by the government’s Forced Marriage Unit in 2014, 38 percent related to Pakistan, eight percent to India and seven percent to Bangladesh. Twenty-one percent involved male victims.

Government figures indicate that tens of thousands of women in Britain are living with the consequences of FGM.

“The hidden nature of these crimes means that it is likely that, of the victims who come forward, there are many more who haven’t,” said Inspector of Constabulary Wendy Williams.

One victim interviewed for the report said police were “too scared of coming across as racist.”

“They need a dedicated team, who really understand the different cultures. And they need to talk to victims and survivors” more than being “educated by books” on the issues, the interviewee said.

The report recommended that the interior ministry consider whether there should be new laws that specifically criminalize all forms of such violence where existing laws prove inadequate. Chief Inspector of Constabulary Thomas Winsor said victims felt hopeless and helpless.

When cultural traditions “imprison vulnerable people behind barriers of fear and the threat or reality of violence… such barriers must be broken,” he said.