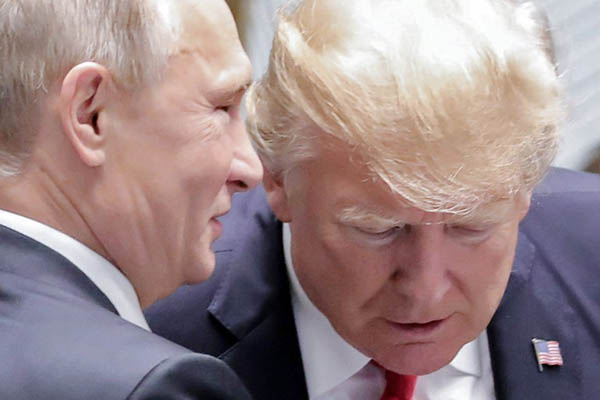 Russia and the United States both need this week’s planned meeting between Vladimir Putin and Donald Trump, a Kremlin aide said on Wednesday as the U.S. president threatened to cancel the talks at the G20.

“The meeting is equally needed by both sides and important for the development of the general situation in the world,” Putin’s foreign policy adviser Yuri Ushakov said. Trump has warned that Russia’s seizure of Ukrainian ships could scuttle the talks. But Ushakov said he hoped Moscow would be informed of any changes “through the usual channels,” rather than through media reports.

Trump and Putin are set to hold talks on Saturday during the summit in Buenos Aires, the Kremlin adviser said. They are scheduled to have a conversation one-on-one and a meeting with key members of their delegation present. The discussion topics are “entirely up to the leaders,” as is the length of the meeting, the aide said.

The Kremlin “does not rule out” that they will discuss Sunday’s confrontation at sea between Russia and Ukraine, Ushakov said, while the conflict in Syria, and North Korea and Iran’s nuclear programs, could also be on the agenda.

The Kremlin also expects them to focus on strategic stability as Trump has announced the U.S. is pulling out of a key nuclear weapons treaty. Moscow wants to avoid a “senseless arms race,” Ushakov said.

Ahead of the meeting with Trump, Putin is scheduled to meet French President Emmanuel Macron and Chinese counterpart Xi Jinping on Friday, Ushakov said.