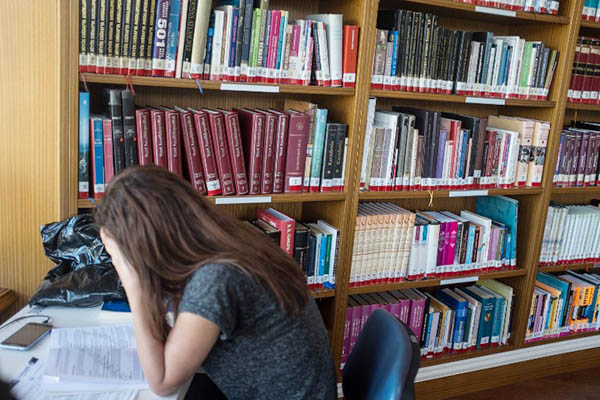 When Dilara left Turkey for Dubai five years ago, her friends said she’d made a mistake. The economy was flourishing, the cultural scene was vibrant and relations with the West warm. But now, “most of my friends are sending me their CVs because they don’t want to stay in Turkey anymore, especially after the referendum,” said Dilara, a pseudonym as she did not want to be identified by her real name.

President Recep Tayyip Erdogan won a landmark referendum in April on expanding his powers, which critics fear will lead to one-man rule in an increasingly polarized nation.

Dilara, a specialist in digital marketing, is one of an increasing number of highly-skilled Turks to leave the country, a trend that has grown in recent years, according to Ulas Sunata, sociologist at the University of Bahcesehir in Istanbul. Lamenting a lack of data, she said the issue represented a potentially damaging brain drain.

“It’s a genuine problem for the country,” she said. “But it’s not just the sociocultural aspect, there’s the economic aspect, too… their departure is a real disadvantage for the country.”

A dozen Turkish citizens interviewed by AFP, who have left or are planning to leave, cited dwindling job prospects for graduates and complained of a rising conservatism under the Islamic-rooted government and an erosion of civil liberties. The Turkish government insists it is building a strong economy, based on innovation and investment, with the aim of becoming one of the world’s top 10 economies by the 100th anniversary of the modern Republic in 2023.

The economy has remained robust after the July 2016 failed coup, even expanding by 5.1 percent in the second quarter this year. Yet critics point to high unemployment—especially the 20.6-percent rate among 15 to 24 year-olds—and an uncertain future outlook as reforms stall.

Erdogan claimed in July that a “brain drain” was taking place throughout the Muslim world. “We are losing our most intelligent students to the benefit of the West,” he said.

Dilara initially left Turkey temporarily to enrich her CV with experience abroad. “I planned to go back many times in the past few years, but there were things happening in Turkey so I changed my mind,” she said.

The suppression of anti-government protests and terror attacks, which hit the country in 2016, made some think twice about staying in Turkey. Meanwhile, the failed coup prompted a crackdown that critics claim has been used to go after any opponent of Erdogan and not just the suspected putschists.

“Why should I suffer when there are better options elsewhere? What am I doing in a country with no justice?” said a 33-year-old English-language teacher, who, like several people, agreed to speak to AFP on condition their names were not published. He said he had taken the first steps to leave the country, with his wife and children, explaining that he felt they “deserve better standards of living.”

“There is no longer a place for independent films in Turkey,” added one 26-year-old filmmaker, who plans to move to Paris.

The academic sector has been strongly affected by the post-coup purges, which saw over 50,000 people arrested and over 140,000 sacked or suspended. More than 5,500 academics have been fired by decree under the state of emergency imposed after the attempted putsch, according to Hurriyet daily last month.

Some are accused of links to the failed coup, others of being linked to terror organizations, but many complain of having received no explanation for their sacking. “If you ever express any political thought [as an academic], it may put you at risk,” one 28-year-old Turk, living in Montreal, said by telephone, who chose to stay there after his doctorate. “It would be a quite bold decision now to take up an academic position in Turkey.”

Merve, a communications Ph.D. student, will soon join her partner, who is also an academic, in Budapest. Both believe it is “too difficult” in today’s climate to lead an academic career in Turkey. “Everyone is making choices, thinking of their future, so I chose to leave,” she added.

Those most likely to leave are graduates, who “have a better chance of being accepted in the countries they want to go to,” said Sunata. “Leaving involves risks, and it is the graduates who can afford to face them.”

But she warned: “Their departure means that there are fewer people left to uphold important, universal values such as human rights and [their departure] entails a weakening of those values.”

The procedure for leaving is long and arduous: for one historian, who recently moved to France after having long taught in one of Turkey’s most respected universities, it took four years to prepare the paperwork and find a job abroad. “I hope I never have to go back to Turkey,” he told AFP by telephone.

But the narrowness of the ‘Yes’ victory in April is a sign for many that all hope for the opposition is not completely dead. “Things will not change overnight,” the filmmaker admitted. “But Turkey is unpredictable, everything can flip very quickly.”

One civil engineer from Ankara, who resigned himself to take steps to leave after having long refused to follow his friends abroad, lamented his future departure. “I really love my country. I don’t want to leave my country to the conservatives,” he sighed. “I feel like I’m fleeing.”