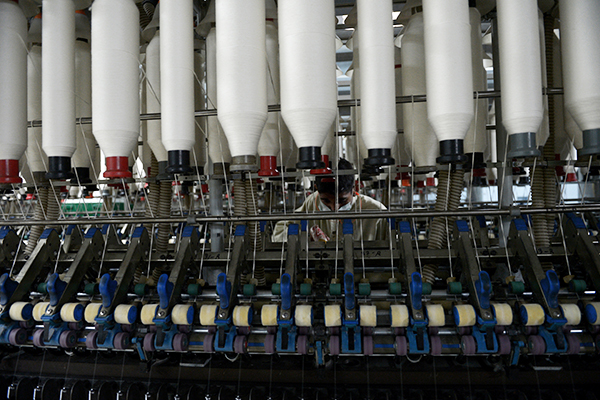 Pakistani textiles firms exempted from paying tax on exports to EU for 10 years.

Pakistan’s textiles sector has hailed the European Union according the country the “generalized system of preference” status—a categorization that should bolster exports—but the ongoing energy crisis could keep the industry from reaping expected benefits.

The EU on Thursday passed a law that exempts Pakistani firms from paying tax on goods exported to the 27-nation bloc for 10 years starting January. The textiles sector, one of Pakistan’s largest exporters, had long sought such a concession.

The industry is upbeat. “Hopefully, we will see an increase of $1 billion in the present levels of exports for the first year,” said Yasin Siddique, chairman of the All Pakistan Textile Mills Association. New cash that could flow in thanks to Pakistan’s preferential status is also likely to create jobs. “We expect to generate 2 million jobs in the textiles sector with the additional work likely to be generated,” said S. M. Tanveer, the association’s president for Punjab, which accounted for $9.7 billion of the country’s $13.2 billion textiles exports in fiscal year 2013.

The textiles industry makes up more than 50 percent of Pakistan’s total overseas shipments. However, industry insiders fear the grinding energy crisis in the country hampers their efforts to exploit the full potential of the EU status. “Nonavailability of gas to the industry has reduced its capacity to one third,” said Tanveer.

Pakistan’s economy has been hit by a perilous fuel crisis as its domestic gas supplies are insufficient to meet demand, while mismanagement and corruption have left the energy sector in dire straits. Meanwhile, an overreliance on imported fuel has led to sharp price rises for goods across the country. Over the past five years, Pakistan’s economy has grown at an average of 3 percent—a rate deemed by analysts as insufficient to significantly improve living standards or fully absorb a growing labor force.