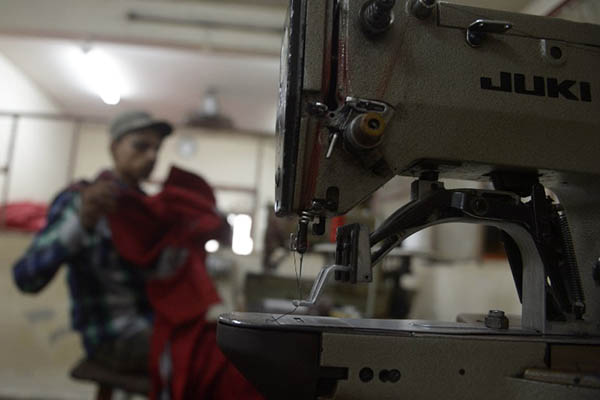 Pakistani exports to the European Union increased by more than a billion dollars after a landmark trade deal last year which made its products more competitive, according to the commerce minister.

The EU signed a law in late 2013 granting Pakistan so-called “GSP-plus” status, which means firms pay no tax on certain categories of goods exported to the 27-nation bloc for 10 years. The EU makes GSP-plus conditional on implementing international conventions on human and labor rights, and there have been fears Pakistan’s decision to end a moratorium on executions could affect the deal.

Pakistan’s key textile industry in particular welcomed the agreement, which came into force in January 2014, and in an interview with AFP commerce minister Khurram Dastgir Khan hailed its impact.

“As a result of GSP-plus, Pakistan’s exports to the EU have increased by $1.08 billion during the period January to October 2014 as compared to the same period in 2013,” Khan said.

Exports to the EU in January-October 2014 totaled $6.38 billion, up by just over 20 percent from the $5.3 billion recorded in the corresponding period in 2013, he said. Before GSP-plus, textile exports faced customs tariffs of between 6.4 and 12 percent and leather goods and footwear up to six percent, he said.

The textile industry is the backbone of Pakistan’s exports, making up more than 50 percent of the country’s total overseas shipments.

“Now these exports have duty-free access in EU and it has helped Pakistani products to become more competitive vis-a-vis its competitors, including Bangladesh, India and Vietnam,” he said.

Khan played down the possibility that resuming executions could threaten GSP-plus status. “There is no legal obligation to EU regarding death penalty, though they have expressed concern over it,” Khan said. “They understand our situation that GSP-plus would help us create jobs and when we create jobs, it keeps young men and women away from terrorism.”

Pakistan has executed 22 convicts since Prime Minister Nawaz Sharif lifted a six-year death penalty moratorium in the wake of a Taliban massacre at a school. Heavily armed gunmen murdered 153 people, including 134 children, at the school in Peshawar in Pakistan’s deadliest ever terror attack. Opposition to the death penalty is a key EU policy and the bloc’s mission in Islamabad condemned the resumption of executions in December.

But EU diplomats in Islamabad have said that while they are concerned about the return to hangings, the development was unlikely to affect the GSP-plus arrangement immediately.

Improving the economy after years of drift and sluggish growth under the last Pakistan Peoples Party government was a key pledge in Sharif’s election campaign in 2013, when he was swept to power for a third term. The International Monetary Fund (IMF) said this week the government’s reform program—tied to a $6.6 billion loan from the Washington-based lender—was on track.

Growth for 2014-15 is expected to hit 4.3 percent and the budget deficit for end-December was below the target, the IMF said. But the government has so far struggled to improve a long-running energy crisis, with hours-long electricity blackouts still a near-daily reality.

Power and gas shortages have hampered industry and held back GDP growth, which experts say needs to hit seven percent in order to provide enough jobs for new entrants to the workforce. Projects to boost electricity production are in the pipeline, including a 6,600-megawatt coal-fired energy park along the Arabian Sea coast west of Karachi, but these have yet to yield results.