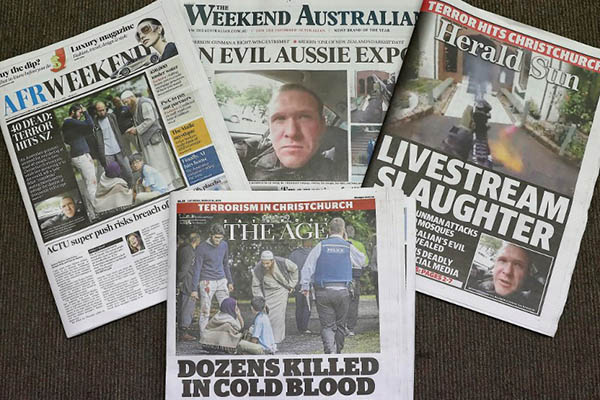 European intelligence services have for years been increasing surveillance of ultra-right groups which are seen as a growing threat and capable of carrying out attacks similar to those that left 50 dead at two mosques in New Zealand.

Security services in France, Britain, Germany and Italy have repeatedly warned of the risks associated with growing tensions within Western societies over immigration and Islamist attacks.

“Europe is in great danger: extremism is rising everywhere and we, the intelligence services, are busy channeling resources into looking at the far-right,” Patrick Calvar, the then director of French counter-intelligence, said in May 2016. “We have to anticipate and stop all these groups which, sooner or later, would like to spark inter-communal clashes,” he added.

Peter Neumann, head of the London-based International Center for the Study of Radicalization, told CNN on Friday that “across Western countries we’ve seen an increase for four of five years in the number of hate crimes and also right-wing terrorist violence.” He added: “I attribute that to deepening polarization which has increased extremism not only on the jihadist side but also on the extreme right-wing side.”

European countries have suffered a wave of gun and bombing attacks since 2004 from people inspired by the Islamic State or Al Qaeda terror networks which have left hundreds dead. In New Zealand, Brenton Tarrant, who is accused of shooting dead 50 people in Christchurch last week, said in an online manifesto that he had acted in part to avenge Ebba Akerlund, a young girl killed in a jihadist attack in Sweden in 2017.

“The broader contextual drivers of extreme-right violence in the United Kingdom, particularly in relation to lone actors, appears to derive, at least in part, from a process of reciprocal radicalization,” according to Graham Macklin, of Oslo University, writing in January in CTC Sentinel, a U.S. military publication.

The ultra-right, which was responsible for large outbreaks of violence in the 1980s, is now firmly back on the radar screens for security services.

According to analysts at Jane’s Terrorism and Insurgency Center (JTIC), counter-terrorism operations linked to far-right extremism or hate crimes increased by 88 percent between 2016 and 2017. And British Security Minister Ben Wallace told BBC radio on Monday that nearly 50 percent of people in a government-backed program to fight radicalization were involved in “far-right extremism.”

The government is now looking to increase the budget for the program, known as Prevent, from its current level of 45 million pounds in response to the New Zealand attack, Wallace said. A New Zealand-style attack “absolutely could happen in Britain,” he added.

A number of neo-Nazi groups have been broken up over the past years in Germany. The most recent operation against them involved the detention of seven members of the so-called “Revolution Chemnitz” group which was allegedly planning an attack linked to Oct. 3 national day celebrations last year.

And while many right-wing groups are deeply nationalist, some, such as the British National Action (NA), have sought to grow ties across Europe to gain clout. “NA activists cultivated ties with militants in Germany, the Baltics, and Scandinavia,” according to Macklin. “There is also evidence of NA activists visiting the Azov Battalion, formerly a far-right militia fighting Russian forces, in Ukraine,” he added.