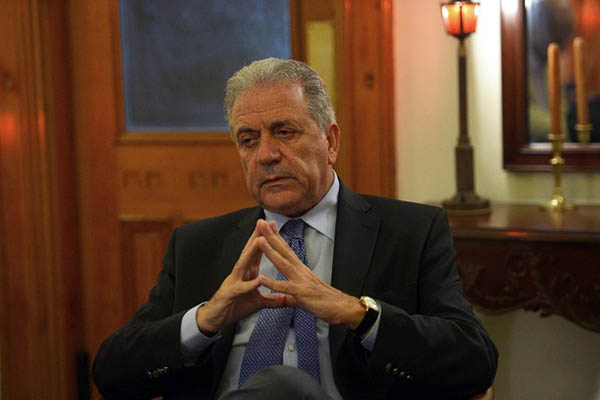 Migration commissioner says Pakistan’s reservations on misuse of repatriation agreement will be resolved.

Europe’s migration commissioner has said an agreement to deport undocumented migrants to Pakistan will be restored, after Islamabad announced it had suspended the deal because of its “blatant misuse.”

The 2010 agreement aimed to facilitate the return of Pakistani illegal immigrants and other nationals who had transited through Pakistan before arriving in the European Union. Earlier this month, Islamabad suspended the agreement with E.U. countries except Britain, denouncing misuse including the lack of “proper verification” of their nationality.

“There were some technical issues that have been clarified, in order to move ahead with the implementation of the repatriation agreement,” Dimitris Avramopoulos told reporters in Islamabad on Monday after meeting with Pakistan’s interior and foreign affairs ministers. His statement was confirmed by the interior ministry, which quoted the commissioner as saying that “deportees will be sent from Europe under a clear Standard Operating Procedure after finding a solution to Pakistan’s reservations.”

European and Pakistani officials are meeting to discuss the details of the procedure, it said.

Avramopoulos said Pakistan and the European Union would strengthen cooperation against smuggling networks. “It is the moment to fight smugglers. There are powerful networks that exploit those desperate people. We’re going to track down and eradicate these networks,” he said.

Stressing the distinction between economic migrants and refugees, he said victims of smugglers and those who try to migrate illegally “must know that they will not be given any permit” allowing them to stay.

Pakistan, the sixth most populous country in the world, is one of the top five countries of origin for illegal migration to Europe, according to figures from the European statistical institute Eurostat. Around 630,000 people have illegally entered the European Union this year, more than half of them landing in Greece, and the bloc has struggled to formulate a strategy to deal with the crisis.