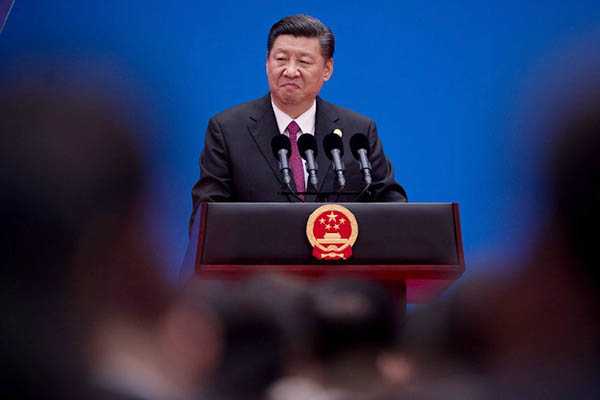 Some E.U. nations say document does not sufficiently address concerns over transparency, social and environmental standards

Some European countries are refusing to sign a trade statement at China’s Silk Road summit, a diplomat said on Monday, dealing a setback to Beijing’s efforts to gain full support for its initiative.

Germany, Estonia and Hungary are among the European Union countries spurning the document, the diplomat told AFP on condition of anonymity. Nearly 30 world leaders are taking part in the global summit on China’s Silk Road plan, a huge infrastructure project which Beijing hopes will revive ancient trade routes from Asia to Europe and Africa.

The forum was to culminate Monday evening in a final communiqué from heads of state, with statements on topics spanning finance and relations between peoples. The diplomat said some European nations taking part in the summit’s trade panel decided to rebuff the text because they believe it does not sufficiently address European concerns surrounding transparency of public procurement and social and environmental standards.

China only presented the document to negotiators last week, telling them it could no longer be reworked, according to the official.

Beijing is seeking to cement its trade relations in Asia, Africa, and Europe through the summit, but some fear that these new Silk Roads serve the interests of Chinese exporters above all. “It’s very important for us and our companies that the calls for our projects under the Belt and Road initiative are transparent, that they are non-discriminatory, and that they comply with international standards,” German Economic Minister Brigitte Zypries said at the trade panel on Sunday. “I think there is still room for improvement in this area.”