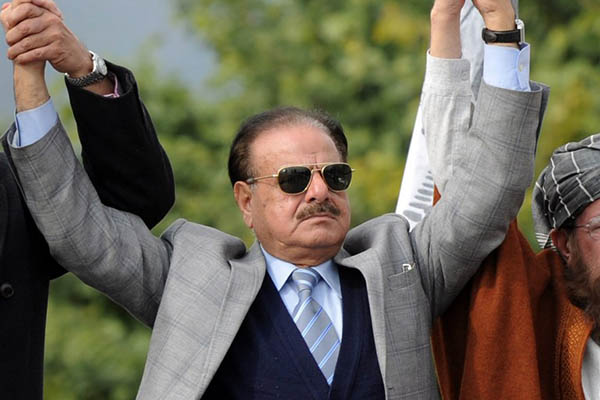 ISI chief who helped create the Taliban died of a brain hemorrhage.

Pakistan’s former spymaster Hamid Gul, who trained Afghan resistance fighters against the Soviets and helped create the Taliban, has died at the age of 79.

Gul headed the Inter-Services Intelligence (ISI) agency between 1987-89 during the final years of the Soviet occupation of neighboring Afghanistan. But in retirement he was still seen as reflecting the mindset of Pakistan’s military establishment and intelligence agency.

Following the Soviet withdrawal from Afghanistan in 1989, the country slid into anarchy. Taliban fighters trained in Pakistan gradually prized control from the Northern Alliance of commander Ahmad Shah Massoud, a national hero. During this period, Gul maintained contacts with both sides in an unofficial role as mediator.

Gul remained in the limelight after leaving the military and was popular among hardline Islamist groups for his strong views about India and the United States. India viewed him with deep suspicion for his alleged links to Kashmiri militants fighting New Delhi’s rule. Washington worked with him during the 1980s but later lobbied for his inclusion on a U.N. list of international terrorists.

During an interview with AFP in June last year, the stridently anti-American Gul had said war would continue if Afghanistan signed a security pact allowing some 10,000 U.S.-led troops to remain in the country in non-combat roles until 2016. Gul also recalled his last visit to Afghanistan in August 2001, when he was chief guest at the final parade organized by the Taliban government.

The administration was toppled by a U.S.-led invasion later that year after failing to hand over Al Qaeda chief Osama bin Laden following the 9/11 attacks.

“Fear is no policy. Surrender is no option,” reads the home page of his website generalhamidgul.com.pk, which depicts Pakistan’s green and white national standard along with Gul’s photo in army uniform. He was frequently quoted by both local and international media on issues related to Afghanistan and India.