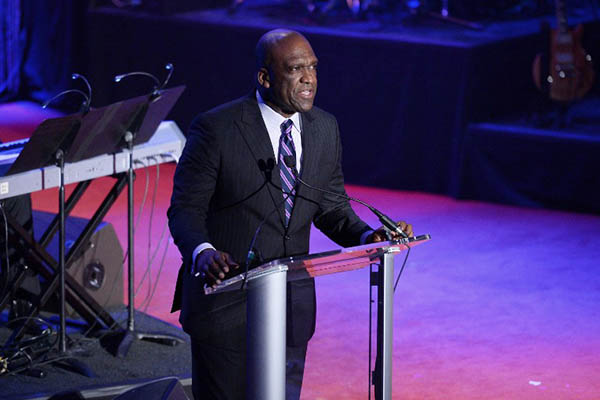 Five others have also been named in the corruption case at the United Nations.

U.S. federal prosecutors announced charges Tuesday against six people, including a former head of the U.N. General Assembly, in a $1.3 million bribery and corruption case at the United Nations.

The charges allege that John Ashe received the bribes from Chinese businessmen while serving as the ambassador to the United Nations from Antigua and Barbuda and president of the General Assembly, the Manhattan U.S. Attorney’s office said.

In return, Ashe is alleged to have introduced a document at the United Nations in support of a U.N. conference center in Macau being developed by a businessman identified as David Ng as well as other actions in support of business interests of various Chinese businessmen. Also charged in the scheme was the deputy permanent representative of the Dominican Republic, Francis Lorenzo, according to the criminal complaint.

The six were charged with conspiracy to bribe a U.N. official, payments of bribes, conspiracy to commit transportation money laundering, and income tax fraud.

“This case involves businesspeople paying bribes to defendant John W. Ashe at the time when he served as the United Nations ambassador for Antigua and Barbuda and as the 68th president of the United Nations General Assembly,” the complaint said.

Ashe was head of the General Assembly between September 2013 and September of last year. The bribery was alleged to have taken place between 2011 and 2014.