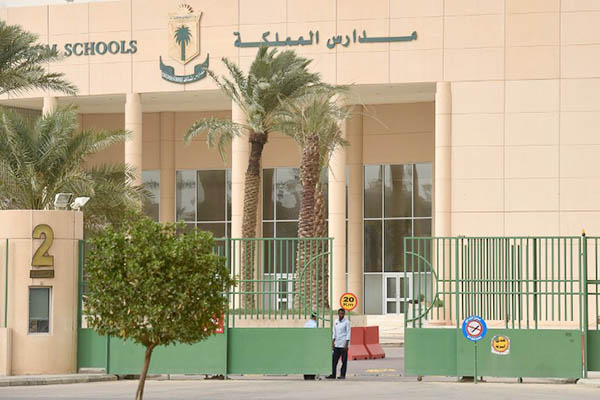 A “disgruntled” ex-employee of a Saudi private school shot dead two staff members and injured a third on Wednesday, the school’s chairman said, but no children were present.

The rare shooting happened at Kingdom School, which is owned by billionaire Prince Alwaleed bin Talal. Police were hunting a suspect of Iraqi origin, a security source told AFP, describing the suspect as a teacher.

The man “who was dismissed from the school four years ago on the basis of anger issues and an unstable personality” opened fire at the administration offices, Talal Al Maiman, the school chairman, said in a statement.

Maiman gave no further details of the victims or suspect but called the gunman “disgruntled.”

The security source identified the victims as a Saudi and a person of Palestinian heritage. “A teacher took a gun and then he went to the school room and he killed the assistant school principal and one of the employees,” said the source who asked not to be identified because a formal statement would come later from Riyadh police.

Investigators were treating the case as a criminal matter and “not a terrorist incident,” the source said. Saudi media spoke of “disagreements” between the suspect and victims.

“There has been a shooting at Kingdom School in Riyadh,” the U.S. embassy said in a Twitter post, urging people to avoid the area. “School [is] closed, no children present,” it added.

By late afternoon an AFP photographer observed only one police car entering the school grounds, which were quiet.

Most schools in Saudi Arabia are on holiday.

Nobody answered the school’s main phone line, and mobile numbers listed in the school handbook were either off or unanswered.

Kingdom School is part of a group owned by Prince Alwaleed bin Talal, chairman of Kingdom Holding Co. whose diversified investments include Citigroup and Time Warner. The school, which has several buildings, opened in 2000 and offers boys’ and girls’ education from kindergarten to high school, according to its website. The school has both a Saudi curriculum and an international program leading to an American diploma.

Kingdom Holding says on its website that the schools group has more than 4,000 students and 300 teachers at various locations in Riyadh.