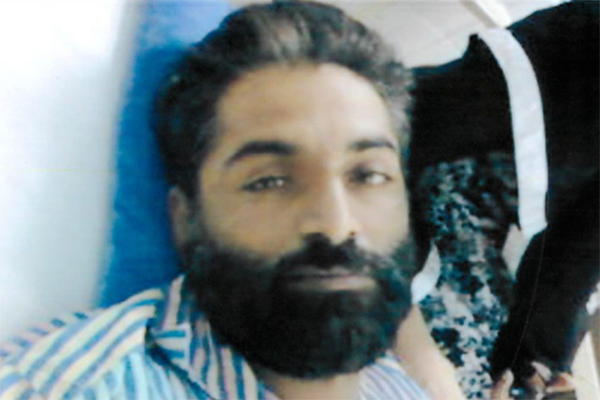 A disabled murder convict was given a fourth stay of execution late Tuesday just hours before he was due to be hanged, as rights activists slammed Islamabad for an executions spree on track to see 300 deaths in under a year.

Abdul Basit, a paraplegic who was convicted of murder in 2009, was scheduled to be hanged early Wednesday. His execution has already been harrowingly postponed several times after rights groups raised concerns about how a wheelchair-bound man would mount the scaffold.

The presidency issued a statement late Tuesday saying the execution had been delayed for two months while President Mamnoon Hussain ordered an inquiry into Basit’s medical condition. The statement said the president had vowed that “human rights will be upheld.”

“We are very happy to hear the TV news that [the] president of Pakistan has stayed the execution,” Basit’s mother Nusrat Parveen told AFP in response to the last minute delay. “We also got confirmation from a jail staff,” she said, adding that the family hoped the stay would be extended beyond two months.

Earlier, Basit’s sister Asma Mazhar had issued a plea to the president to spare her brother. She told AFP she had gone with her mother to see him on Tuesday for what they had believed was the last time, and found him “helpless and quiet.”

She said he told them that authorities had come to measure his body and that it was an “awful moment.”

Pakistan has executed 299 people since the death penalty was controversially reinstated following a Taliban mass killing at a school in Peshawar last December, according to Amnesty International. “Pakistan will imminently have executed 300 people since it lifted a moratorium on executions, shamefully sealing its place among the world’s worst executioners,” it said in a statement.

Forty-five people were executed in October alone, Amnesty said, making it the deadliest month since the moratorium was lifted.

No official figures are available. The rights group Reprieve told AFP Tuesday that by its tally the number of executions has just passed 300, while other local activists said the figure was below 260. “Pakistan’s ongoing zeal for executions is an affront to human rights and the global trend against the death penalty,” David Griffiths, Amnesty’s South Asia research director, said in a statement. “Even if the authorities stay the execution of Abdul Basit, a man with paraplegia, Pakistan is still executing people at a rate of almost one a day.”

Pakistan ended a six-year moratorium on the death penalty last year as part of a terror crackdown after Taliban militants gunned down more than 150 people, most of them children, at an Army-run school in the restive northwest. The massacre shocked and outraged a country already scarred by nearly a decade of extremist attacks.

Hangings were initially reinstated only for those convicted of terrorism, but in March they were extended to all capital offences. Supporters argue that executions are the only effective way to deal with the scourge of militancy in the country.

But critics say the legal system is unjust, with rampant police torture and poor representation for victims during unfair trials, while the majority of those who are hanged are not convicted of terror charges. There is no evidence the “relentless” executions have done anything to counter extremism in the country, Griffiths said in the Amnesty statement.

Recent research by the Pakistan Institute for Peace Studies also suggests that death is no deterrent for militants who are “committed to dying for their cause.”

The Amnesty figures suggest Pakistan is on track to become one of the world’s top executioners in 2015. In 2014, 607 people were put to death in 22 countries, according to Amnesty, though that figure does not include China, where the number of executions is believed to be in the hundreds but is considered by authorities to be a state secret.