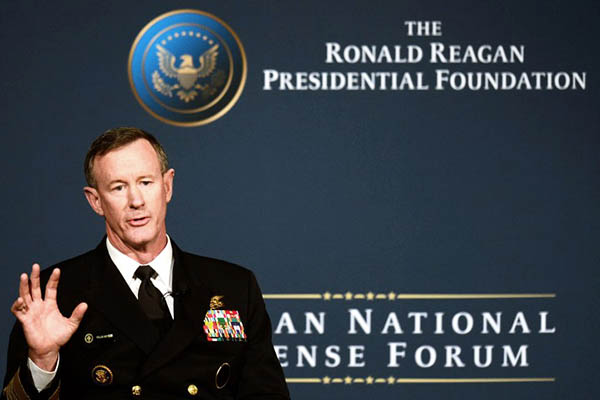 Al Qaeda’s core leadership in Pakistan has been seriously weakened, but the potential withdrawal of all U.S. forces from Afghanistan could trigger a resurgence of the terror network, a top U.S. commander said Thursday.

“If we do go to zero, and there is no special operations component left in Afghanistan, it will certainly make it more difficult to be able to deal with the threat … and the potential resurgence of Al Qaeda in the area,” McRaven told the House Armed Services Committee.

He said the danger posed by Al Qaeda is “inherent within the federally administered tribal areas (in Pakistan), and in the northern part of Afghanistan, in Kunar and Nuristan (provinces).”

While most U.S.-led forces are withdrawing from Afghanistan by the end of the year, Washington favors leaving a small force of up to 10,000 to train Afghan troops and counter Al Qaeda in the region. But Afghan President Hamid Karzai has so far refused to sign a bilateral security agreement that sets the legal framework for NATO troops to stay.

The Pentagon has begun planning for a full withdrawal, while U.S. officials hope that a new president due to be elected in an April vote may be more willing to sign the security deal.

U.S. officials privately acknowledge that retaining a military presence in eastern Afghanistan is vital for the continued use of air bases and intelligence operations needed for drone attacks against terror suspects in Pakistan’s tribal belt.

Assessing the threat posed by Al Qaeda, McRaven told lawmakers that the group’s core “has gotten markedly weaker” while affiliate groups are surging in Yemen, North Africa, Iraq and Syria. “So the threat is metastasizing. It is much more broad,” he said. But he said the danger presented by Al Qaeda to the U.S. “homeland” was less than it was five or ten years ago, with “one or two exceptions.”