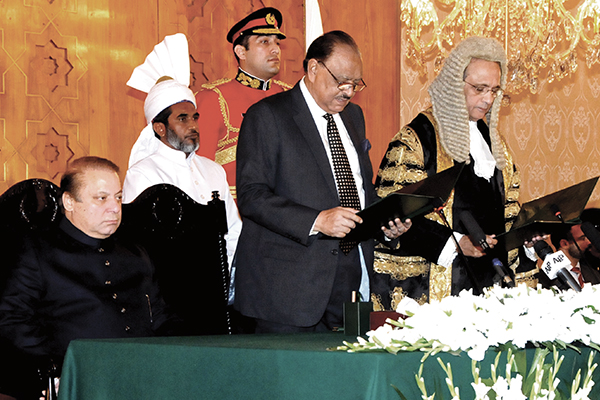 Tassaduq Hussain Jillani was sworn in as Pakistan’s chief justice on Dec. 12. Jillani will lead the Supreme Court for a short period—he retires in July—but has already distinguished himself from his thuggish, intellectually impoverished predecessor, Iftikhar Chaudhry. Jillani has vowed to review the court’s power, shamelessly abused by Chaudhry to settle personal scores, to take up cases under the cloak of “human rights.” Jillani has also cut down on the expensive protocol that Chaudhry’s brittle ego had demanded. And he’s launched an inquiry into why Chaudhry only allowed a single media organization to cover his last day in office as pro-Chaudhry lawyers manhandled reporters. The controversial Chaudhry, meanwhile, is holed up in the capital, in a house he spent millions in public money to spruce up. He’s asked the government for at least one bulletproof vehicle, and protocol. These demands have nothing to do with threat perceptions: Chaudhry is beloved by the Taliban, whose murderers he serially let off claiming lack of evidence. Chaudhry’s evolution from nobody to hero to villain has been remarkable. Lawyers who once celebrated him balked at tradition by refusing to host farewells for him. In Faisalabad, the latrines at the district courts have even been named after him. But Chaudhry is not chastened by his ignominious departure. He’s now looking at a future in politics, a subject he mastered as chief justice.

A Step Too Far