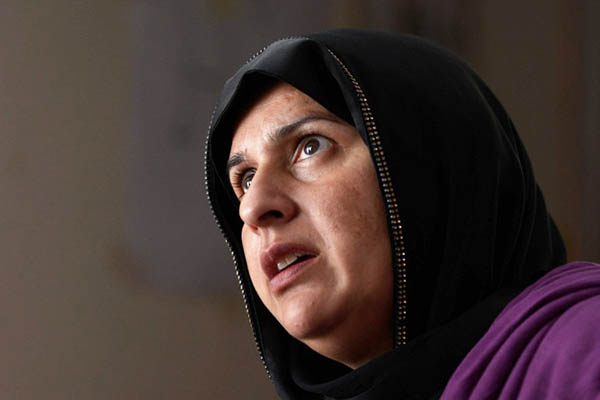 Three years ago, social activist Tabassum Adnan made waves by establishing an all-female jirga to counter the often-misogynistic rulings of the all-male jirgas that govern rural parts of Pakistan’s north. On March 8, International Women’s Day, the U.S. feted her for her efforts with the 2015 International Women of Courage Award. But much like fellow Swati Malala Yousafzai, who became the world’s youngest Nobel laureate last year after being shot by the Taliban for advocating education for girls, the 35-year-old Adnan’s journey has been anything but easy.

“Living in our male-dominated Pashtun society is hard enough, but challenging it is very difficult,” says Adnan, adding that she felt an all-female jirga had become necessary after seeing victims of abuse held hostage to the whims of the male-dominated jirgas that form the backbone of tribal society. The Pakistani Taliban virtually ruled the Swat Valley from 2007-2009, when a large-scale military operation led to their ousting and the restoration of the government’s writ. But the effects of the mercifully short-lived Taliban rule, and tribal mores, have perpetuated a breakdown of women’s rights that has yet to fully recover.

“In the beginning, no one wanted to even accept the Khwaindo Jirga,” says Adnan. Religious hardliners issued fatwas against her and accused her of spreading vulgarity in society. A prominent cleric even claimed that all members of Khwaindo should be “beaten” for testing the men’s patience. Comparing this attitude to the Taliban, Adnan says male jirgas may allow women to work in education and health sectors, but their rights remain nonnegotiable. Her efforts to correct this were seen as her attempting to “demean” Pashtun culture.

Adnan’s troubled past does little to ease the minds of her detractors. Married at 13, she says she divorced her husband after 20 years of domestic abuse. Divorce remains a societal taboo in rural parts of Pakistan, and Adnan’s decision to form a female jirga after her marriage ended alienated her family. The International Women of Courage Award prompted fresh abuse, and Adnan was told to stay out of Pakistan, while her parents were threatened with violence. “Such threats can’t discourage me. If I were scared, I’d never have taken the initiative in the first place. I am Pakistani, and I bring respect and dignity to this land,” she says.

Despite the hardships, Adnan has found support among the disenfranchised women of Swat, who look to her to represent their interests on a larger platform. According to Swat-based journalist Niaz Ahmed Khan, her jirga has helped women find a voice. “There should be someone to represent women in society, as there are a lot of issues that women [in Pakistan] cannot explain to men,” he said, adding that it was unfortunate that some “politicians, religious leaders and landlords” did not find her work acceptable.

“She is a courageous woman and deserves her award. She helped me, and I’m thankful to her,” says Shabnam, 21, a woman whose husband amputated her leg with an axe in a domestic dispute. Shabnam is one of hundreds of women Adnan and her Khwaindo Jirga have assisted, legally as well as through awareness campaigns to shed light on broader, societal problems.

Despite her success, Adnan acknowledges that roadblocks remain in her attempt to change the system. “The biggest achievement is that Khwaindo Jirga is now accepted in our society,” she says, adding that she hopes the next generation will take things further. The International Women of Courage Award has, however, made her somewhat optimistic about the jirga’s future. “I want the [Khwaindo] jirga to spread throughout Pakistan. To do its job, and provide justice to the community.”