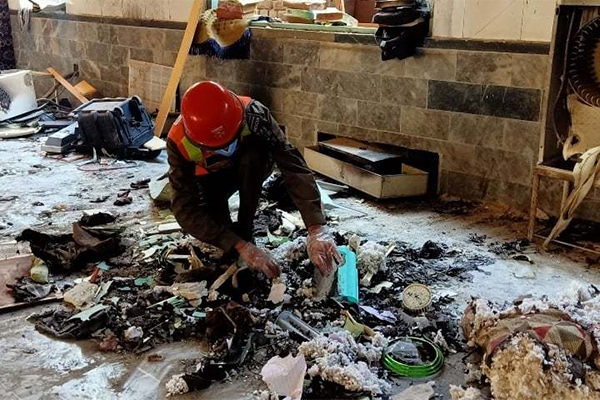 At least 7 dead and 112 others injured in suspected bombing, with police seeking information on the culprit

A powerful explosion rocked a madrassa in Peshawar on Tuesday morning, resulting in at least seven deaths and over 100 others injured.

Police in Khyber-Pakhtunkhwa province have confirmed the blast at the Jamia Zuberia madrassa in the provincial capital’s Dir Colony neighborhood. Provincial Inspector General of Police Sanaullah Abbasi told media that investigations into the nature of the blast were ongoing.

“The explosion happened a few hours after morning prayers,” he said, adding that even though there was a generalized threat alert in the region, there had been no specific warnings that this madrassa was a target. However, district police have claimed they had informed the madrassa administration of a terror threat. They said security had been beefed up, adding that a search operation was underway around 8:30 a.m. when the explosion occurred.

According to the madrassa administration, classes had just commenced when the explosion occurred. A spokesman for the Lady Reading Hospital said that 112 injured had been shifted there thus far, adding that seven bodies had also been received. He said an emergency had been declared, and all injured were being provided immediate attention to prevent further casualties. He said that all the deceased were adults, while four people were currently in critical condition. Four of the injured are children, he added.

Senior Superintendent of Police (Operations) Mansoor Aman said initial reports suggest an improvised explosive device (IED) on a timer was used in the blast. The area has been cordoned off and police teams are collecting evidence, he added.

According to officials of the Bomb Disposal Squad, ball bearings—often used in IEDs by terrorists to maximize damage and casualties—have been found embedded in the walls of the madrassa. They said around 6kg of explosives appeared to have been used in the IED, adding that it was a “sophisticated” bomb.

Local media has reported that a man had entered the madrassa with a bag in the morning during Quran class, and dropped it off in the main hall. It is unclear who the culprit was, or whether he was still in the madrassa at the time of the bombing. No group has claimed responsibility for the bombing thus far.

Khyber-Pakhtunkhwa Health Minister Taimur Jhagra told media outside the Lady Reading Hospital that health officials had been directed to provide the best possible care to the injured to ensure their speedy recovery. He also urged restraint from the media, adding that more information would be provided as it became available.

In a statement, Prime Minister Imran Khan condemned the blast and condoled the loss of precious lives. He also prayed for the quick recovery of people injured in the explosion.