Extortionists Posing As Taliban Cash In 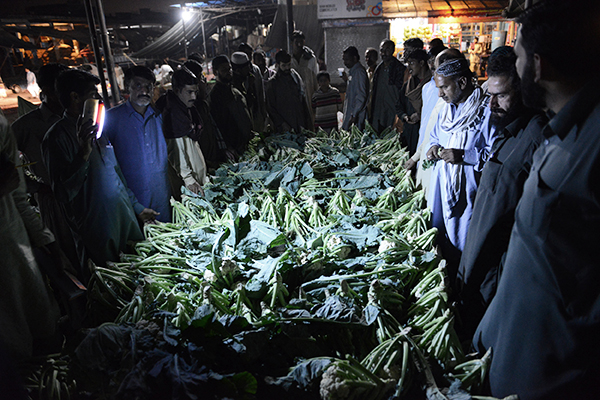 Pakistani Taliban consider ‘wealth of a Muslim as sacred as his life.’

It began innocuously enough—two men on a motorbike delivered a plain brown envelope to the home of Mohammed (not his real name), an Islamabad-based businessman. But the contents plunged him into a terrifying three-month nightmare. The letter, headed with the banner of the Pakistani Taliban, informed him that a Taliban judge had found him guilty of not living by Islamic principles. It said he had been fined Rs. 5 million and threatened with dire consequences if he went to the police or failed to pay up.

“Our squad of suicide bombers is always prepared to send nonbelievers to hell, God willing,” the letter read. At the bottom, the name of Tehreek-e-Taliban Pakistan chief Hakimullah Mehsud was written, followed by a signature that resembled his name. Mohammed had no way of knowing it, but the signature was not real.

Mohammed had been ensnared by criminals exploiting the terrifying reputation of the Pakistani Taliban to extort money from businessmen in Islamabad and Rawalpindi. The Rawalpindi chamber of commerce says its members regularly receive extortion demands of up to Rs. 10 million, and last month a property dealer in the city who refused to pay a demand found explosives hanging from the door of his office.

Islamabad has remained relatively peaceful in recent years as attacks by homegrown Islamist militants have rattled other parts of the country. But fear of the Pakistani Taliban, who have killed thousands of people in a bloody campaign against the state over the past six years, runs deep and criminals are cashing in.

Multiple sources in security agencies and among the militants confirmed that the signature on the letter sent to Mohammed was forged and did not resemble that of Mehsud in any way. Mehsud has since been killed in a U.S. drone strike, but at the time, his name alone was enough to strike terror into Mohammed.

“I was scared to death when I read the letter. It was the most frightening experience of my life—I didn’t know what to do,” Mohammed said. “I avoided going out of the house and didn’t even go to work. I was also worried about my family’s safety, my kids going to school.” He shared the letter with his wife, but even then they were too afraid to go to the police. “She said the Taliban were also attacking the police and intelligence agencies, they can’t protect us from them.”

The letter gave a phone number and time to call, and the man who answered spoke with a Pakhtun accent. There followed a series of calls from strange numbers, which he later came to know were from Waziristan. It took three months for Mohammed to resolve the situation, but he refused to say how he paid the money.

Over the past two years at least four businessmen are thought to have been killed by militants for not paying ransom demands. A senior intelligence official says it is natural victims would take threats seriously: “Posing as members of the Pakistani Taliban is the easiest thing because the victims then get the impression that they are dealing with a very mighty thing … So they don’t report the case with the police and are very ready to cooperate with the criminals.”

Islamabad police say 17 extortion cases have been reported this year—compared with none last year—but there could be many others that go unreported because the victims are too afraid to go to the authorities. The situation has become so severe that the Pakistani Taliban were recently forced to issue a statement denouncing extortion attempts. “Threats are being hurled out and money being extorted from rich people in all big cities including Peshawar in the name of Tehreek-e-Taliban,” said the statement posted on a Taliban-linked website. “We consider wealth of a Muslim as sacred as his life and announce our disassociation from such acts.”

Not all of the letters are directly threatening in tone. One sent to an Islamabad lawyer appealed to his religious conscience to help fund the militants’ struggle, saying it cost Rs. 3 million a day to feed their fighters. “We cover our expenses with the help of God-fearing Muslims like you. Allah has provided you the opportunity to put your effort in the jihad and serve him and his fighters,” the letter said. “You are instructed to arrange for the food expenses of the lions of Allah for two days.”

The handwritten letter was again signed with Mehsud’s name, but follow-up calls and letters put police on the trail of the culprits. “The extortionists knew everything about the lawyer, his family, the number of his kids, and when he leaves for and comes from the office,” a police officer on the case said. “This was the biggest clue and we investigated and found that the extortionists were actually laborers who were working in the lawyer’s home.”

The lawyer admits he was lucky—the police rarely catch extortionists, leaving businessmen to pay up, and in some cases they are even in on the racket. Islamabad police spokesman Mohammed Naeem said 13 people had been arrested over extortion—including serving officers.