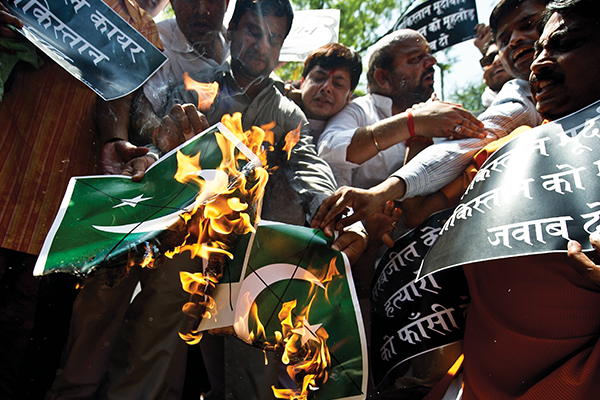 A Pakistani inmate, Sanaullah Ranjay, was attacked in jail in India-administered Kashmir on May 3, the same day that Sarabjit Singh was cremated in his hometown near Amritsar, India. “This obvious retaliation to the death of Indian prisoner Sarabjit Singh is condemnable,” said the foreign ministry in Islamabad of the attack on Ranjay. “We would also remind the government of India of its responsibility in ensuring the safety and security of all Pakistani prisoners lodged in Indian jails.” At the moment, Indians are in no mood to be sympathetic. Singh, who was convicted on terrorism charges 16 years ago, was attacked in Pakistan’s Kot Lakhpat Jail on April 26. (His family maintains he was innocent.) Indian Prime Minister Manmohan Singh condemned that attack, while the opposition Bharatiya Janata Party and Sarabjit Singh’s family condemned New Delhi for being soft on Pakistan. Congress party’s Rahul Gandhi and other politicians attended Singh’s last rites as mourners burned the Pakistani flag and demanded vengeance. Ranjay, in critical condition at press time, is at hospital in Chandigarh. His death could spark further jail violence in both countries.