Home Lightbox Eyes on the Prize

Eyes on the Prize 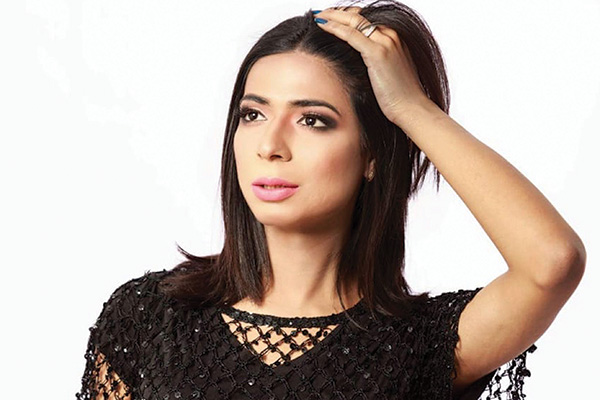 In March, Marvia Malik became the first Pakistani transgender woman to anchor news reports on broadcast media. For the marginalized community, estimated to number around 10,000 according to a census carried out earlier this year, it was a watershed moment that proved they were capable of achieving greatness if granted equal opportunities. The journalism graduate, who declined to confirm her age but is reportedly around 21, recently sat down with Newsweek for an exclusive interview. Excerpts:

You made headlines globally by becoming the first transgender anchor ever hired by a Pakistani news channel. What has the reaction been like?

I feel good about it and am recognized by name, by face when I go outside. Being recognized for my work makes me feel proud, especially as a Pakistani. There are so many countries that talk about the rights of human beings and transgenders, but have failed in giving us the opportunities that I was able to find in Pakistan, in my homeland. Fortunately, I haven’t encountered any negativity thus far.

In fact, the happiest day of my life was on March 24, 2018. A day earlier, I had made my debut appearance [as an anchor] on Kohenoor TV. Immediately after the broadcast, news of my accomplishment spread across the world and I started getting calls from major outlets, including the BBC, Voice of America and CNN. I would hardly be finished with one interview request before I would get another one. There were so many people lining up to interview me—it was overwhelming. I was so proud that people across the world were appreciating my work. Even rival news channels approached me and conducted on-air interviews—an incredibly rare occurrence in Pakistan! I was even featured across the border in India, with dozens of channels carrying news of my appointment as an on-air anchor. Even now, just thinking about that day fills me with joy.

How would you describe your experience as an anchor?

I feel incredibly thankful, as so many other anchors have told me of the struggles they had to undergo to reach this point. Many of them work just as hard as me but have not yet achieved the same level of fame. This is a great feeling and I’m treated really well. I feel my work is also helping to change society’s mindset about transgenders in Pakistan, where many still seem to think we are only suitable for singing or dancing at weddings. I obviously disagree. Through my efforts, I think I have proven that if given the chance, transgenders can do any job just as well as other men and women.

You have also worked as a fashion model. Was there any difficulty in switching jobs from modeling to news anchor?

In total, I have worked in three professions. My first job was as a makeup artist, after which I pursued modeling. Now, I am working as a news anchor and do some modeling on the side. I have also been offered some acting jobs recently.

I have really enjoyed the experience and love working multiple jobs. My channel, Kohenoor News, has been incredibly supportive and encouraged my efforts. I hope to continue to do any job I can as time and circumstances permit.

What kind of acting offers have you received?

I am currently signed onto two local films, one of which starts shooting at the end of August. There has been great interest in hiring me for acting jobs, for which I am very thankful, but many offers for TV dramas require me to work out of Karachi and I have had to pass on them. My channel comes first and since it is based in Lahore, my primary focus is on my journalism career. However, God willing, I will soon try my hand at TV serials as well.

You’ve said your family supported you while you completed your matriculation in Lahore. Was it difficult to set out on your own after that?

My family supported me till my matriculation but forbade me from leaving the house after that. My parents used to worry that my appearance would attract ridicule and bring shame to the family and essentially wanted me to stay locked up indoors. At 19, my family told me to leave. It was very difficult, but I had a transgender friend who allowed me to move in with them. I was already working as a makeup artist at a local salon by then, where I was employed for three to four years. I fully supported myself during this time and used my salary to continue my education, first at the intermediate level and then subsequently at Punjab University, from where I completed my Bachelors in journalism. Working a job while studying was tough, but my teachers were very understanding and were aware that I was doing everything without any support. They really helped me accomplish all my goals.

Are there any teachers that particularly inspired you?

One of the most influential personalities in my life has been the vice-principal of the Punjab Group of Colleges, where I completed my intermediate studies. On my very first day, he introduced me to the entire college and told everyone that anyone found teasing or ridiculing me would be expelled immediately. I studied there for two years—not once was I ever treated like I didn’t belong or fit in. He helped make my life easier and I make sure to pay him a visit whenever I am in the area to thank him for his efforts. He is incredibly proud that I have become a news anchor.

You have said you are interested in returning to school for postgraduate studies. Have you decided what varsity and discipline you will seek admission to?

Yes. My Bachelor’s studies were in Journalism and Civics. For my Master’s, I have applied to the Journalism program at Punjab University. Unfortunately, due to my job, I cannot attend regular classes so I will be appearing as a private candidate.

As the most prominent transgender person in Pakistan, do you feel you have a responsibility to your community to fight for their rights?

I am the president of the Khawaja Sira Society non-governmental organization, which has registered 80,000 transgenders, transsexuals, transvestites and eunuchs from across Lahore. The organization works to educate our community about health risks, especially AIDS, which is believed to be widespread due to drug use and unsafe sex. Through the organization, our community members can learn about the spread of HIV, its prevention, and precautionary measures. It also helps provide medical treatment for infected people.

I also appeared before the Supreme Court of Pakistan as a representative of KSS and we convinced Chief Justice Saqib Nisar to order authorities to issue us with national identification cards even if we lack all the information required. Many among our community lack access to their original birth certificates and relevant documents as their families have abandoned them or forced them out. Thanks to the Supreme Court’s ruling, the government is now required to give us ID cards even if we can’t provide all this information. I don’t know if my influence helped accomplish this, but I am deeply happy that Allah has allowed me to achieve a place in society where I can become the voice of our community and work to solve the greatest problems facing us.