Facing Up to Fake News 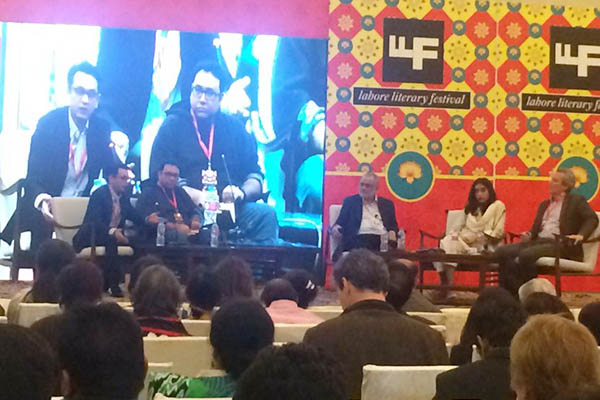 Seeking a solution to the global phenomena in Pakistan.

On Saturday, Feb. 25, the fifth edition of the Lahore Literary Festival played to audiences at the city’s Faletti’s Hotel with a discussion on the phenomenon of fake news that appears to be plaguing the world. Newsweek Pakistan’s editor-in-chief Fasih Ahmed led the conversation with Nermeen Shaikh, author of The Present as History: Critical Perspectives on Global Power (2007), Ahmed Rashid, author and Taliban-watching journalist, Max Rodenbeck, a New Delhi-based journalist for The Economist, and journalist Qasim Nauman, most recently affiliated with The Wall Street Journal.

The session highlighted a number of insights that today’s intensely partisan consumers of information might find shocking. “Fake news” refers to the cooking up of some dubious information before passing it off as fact. The same term also refers to the projection of any information that is “real.” The phenomena, once restricted to tabloids and niche publications, has become a global problem under U.S. President Donald Trump, who often chastises media outlets for peddling as “fake news” any news that runs counter to his administration’s narrative.

The globalized world currently stands at a crossroads. Pax Americana has decided it is unwilling to serve as the world’s policeman, raising the all-important question of who the world should look to. In Europe, the “confederal” idea of doing away with the nation-state that had caused two world wars in the 20th century has exhausted its intellectual dominion and a majority of the voting public now appears to believe any fact not in favor of undoing the “European Union” is fake.

In dysfunctional states such as Pakistan, political polarization has been complicated by difficulties of publicizing facts because of fear of being killed by terrorists or being “disappeared” by the deep state. The discussion at Faletti’s centered around “living in an information bubble” of social media and dismissing facts unflecked with bias. The dismissal of non-partisan facts done through hate speech has become the dominant mode of political discourse in Pakistan. This discourse is rampant also in the politics of Donald Trump and France’s Marine le Pen.

Unfortunately, “fake news” targets mainly Muslims in both continents, while the faith’s adherents continue killing each other rather than doing anything to combat the narratives against them.