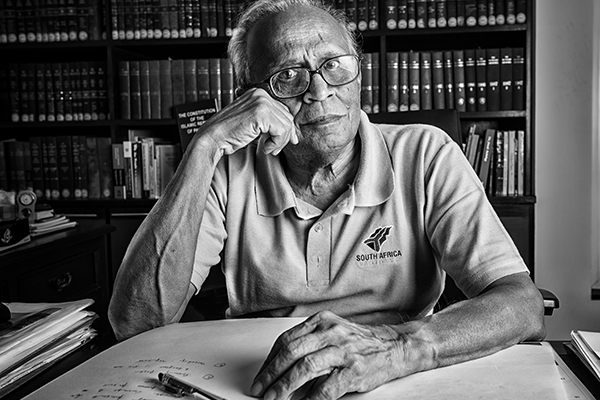 Former chief election commissioner of Pakistan to be buried in Karachi

Former chief election commissioner Fakhruddin Ghulam Ebrahim died in Karachi on Tuesday at the age of 91. According to his family, his funeral prayers will be offered today and he will be laid to rest at the Sindh capital’s Mewa Shah graveyard.

An eminent jurist and constitutional expert, Ebrahim held a gamut of public office positions throughout his illustrious career. In 1971, during the rule of Zulfikar Ali Bhutto, he served as the attorney general of Pakistan; in 1989, he was appointed the 18th Governor of Sindh province; in 1993, he served as the federal law minister in the interim cabinet of Moeenuddin Ahmad Qureshi; in 1996, he was the federal justice minister in the interim cabinet of Malik Meraj Khalid; and then, most recently, he served as the 24th chief election commissioner in 2013 and oversaw the general elections that resulted in the Pakistan Muslim League (Nawaz) coming into power.

Born on Feb. 12, 1928 in Ahmedabad, Gujarat, Ebrahim earned his LLB from the Gujrat Vidyapith in 1949. He migrated to Pakistan after Partition in 1950, where he attended the Sindh Muslim College. He received his LLM degree from the institute and later established his own law firm by the name of Fakhruddin G Ebrahim & Company.

Ebrahim is well known for being one of the few judges who refused to take oath under the Provisional Constitutional Order (PCO) drafted by General Ziaul Haq, declaring it to be in violation of an independent judiciary. He also established the Citizen Police Liaison Committee in 1989, which helps residents of Karachi in registering First Information Reports if police prove unhelpful.