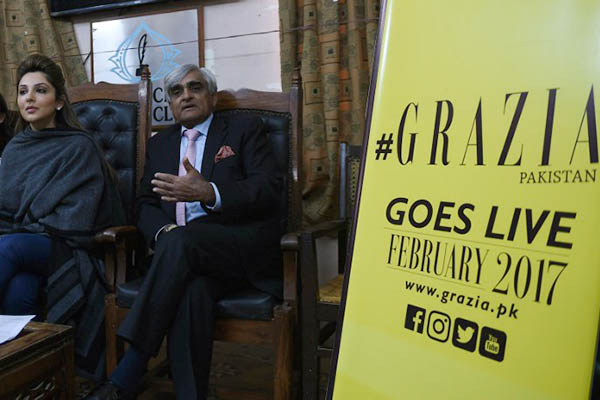 First issue of ‘Grazia Pakistan’ will go on sale this month with initial run of 20,000 copies.

The first issue of Grazia Pakistan will go on sale this month, Saif Publishing said, with plans to double the initial run of 20,000 copies within six months.

“Pakistan’s middle class as well as the fashion industry is booming and Grazia is going to provide an amazing platform to nurture this growth,” said Zahraa Saifullah, the editor and publisher of the magazine, at a press conference in Karachi.

Pakistani fashion designers have been striving to develop the local market, which experts believe conservatively accounts for $200 million in revenue but is largely undocumented. From an industry made up of just a handful of designers and models in the early 1990s, fashion shows that attract foreign buyers are now held regularly in Lahore and Karachi.

Its leading figures are already gossip column and magazine staples, including in Grazia’s rival Hello!, which launched a Pakistan edition in 2012.

Ninety percent of Grazia’s content would be local style, Saifullah said, adding: “We plan to show the fun, creative side of Pakistani fashion to the world.”

The Italian edition of Grazia was first published in 1938. The popular magazine now appears in more than a dozen countries, including the U.S., France, Germany, Spain, Britain and India.