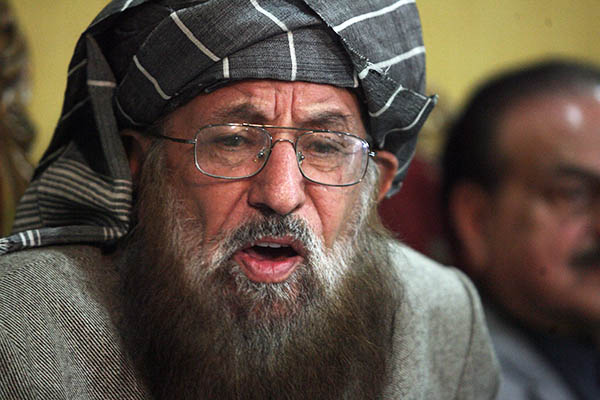 A Pakistani religious scholar often referred to as the “Father of the Taliban” has issued a fatwa urging parents to immunize their children against polio and other fatal diseases, adding that vaccinations comply with Islamic law.

The ban has led to a surge in polio cases in Pakistan that threatens worldwide efforts to eradicate the infectious crippling disease, which is also endemic in Nigeria and Afghanistan. Taliban fighters have launched regular attacks on medical workers and security personnel resulting in at least 25 deaths since the June 2012 prohibition on inoculation.

But according to a statement signed by Haq and dated Oct. 30, parents should disregard the militants’ warnings. “According to shariah there is no harm in using vaccines which medical experts recommend to save children against deadly diseases,” the one-page statement, written in Urdu, states.

“Polio, measles, tetanus, tuberculosis … are fatal and dangerous diseases and the vaccines to save young children and pregnant women are effective and harmless. There is no reality in the doubts and suspicions being spread against these vaccines. Parents should give the injections and drops of these vaccines to their children to save from fatal diseases,” it added.

The Taliban ordered their ban in response to the CIA’s recruitment of Dr. Shakeel Afridi to run a fake vaccination program in Abbottabad, where they hoped he could obtain DNA samples that would help identify bin Laden. Afridi was arrested after U.S. troops killed the terror chief in May 2011.

Pakistan recorded 72 cases of polio this year compared to 58 for all of 2012, a World Health Organisation (WHO) official said last week, with 50 coming in the lawless tribal areas along the Afghan border.

The Taliban have prevented vaccinations since well before the Shakil Afridi issue.