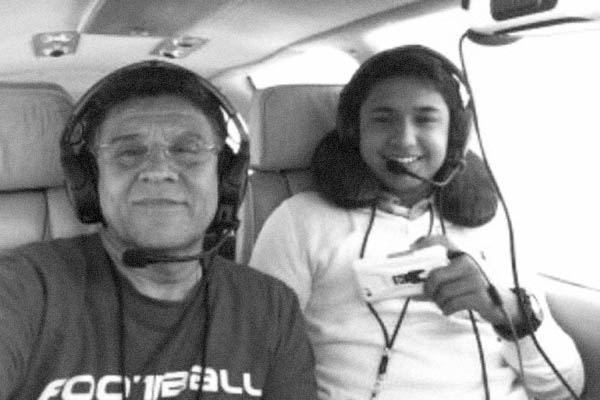 Babar and Haris Suleman were trying to fly around the world when their plane crashed, killing both of them.

A Pakistani-origin teenager died Wednesday while attempting to set a round-the-world flight record after his plane crashed in the Pacific Ocean, also killing his father, according to the charity he was trying to raise money for.

The single engine plane flown by Haris Suleman, 17, an American of Pakistani origin, went down in American Samoa, according to The Citizens Foundation, an organization promoting quality education for disadvantaged youth. “We just found out two-and-a-half hours ago, we are devastated,” said Daniel Moorani, director of the American branch of the international nonprofit group, paying tribute to the teen as “a magnificent young man.”

At the time of the crash Suleman had been attempting to become the youngest pilot ever to complete the journey. Moorani said the boy’s body has been recovered, but that authorities were still searching for his father.

Haris and his father flew from Indianapolis, Indiana, where they lived, to Greenland, Cairo, Pakistan, Sri Lanka, and finally to the islands of America Samoa. “They were flying from Samoa to Fiji, they just had left to go to Hawaii and the [San Francisco] Bay Area before returning to Indianapolis,” Moorani said.

The U.S. National Transportation Safety Board confirmed a crash in Pago Pago, American Samoa involving a “young pilot” but would not confirm his name or age. “We are investigating with the local authorities,” an NTSB spokesman said.