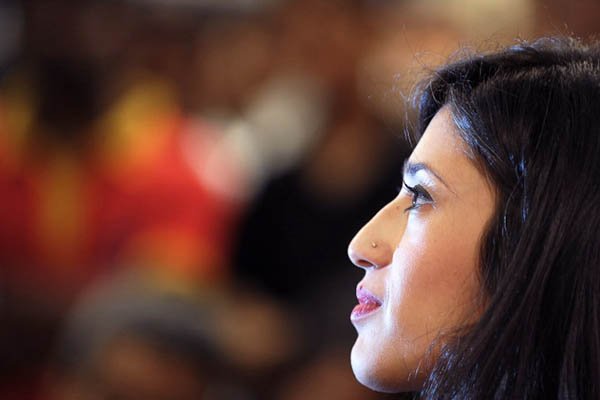 ‘The Shadow of the Crescent Moon’ is among 20 books on long list for Women’s Prize for Fiction.

Fatima Bhutto, the niece of assassinated former prime minister Benazir Bhutto, has been nominated for the Women’s Prize for Fiction, the judges announced Friday.

Bhutto is among 20 women on the long list for the award, which was formerly known as the Orange prize and is open to English-language novels from anywhere in the world. She is nominated for The Shadow of the Crescent Moon, her first attempt at fiction following several fact-based books, including a memoir of her family’s blood-soaked history.

Bhutto is a fierce critic of her charismatic aunt, who twice served as prime minister, claiming she was power hungry and “morally responsible” for the murder of her brother, Fatima’s father Murtaza Bhutto, in 1996.

The winner of the prize, which will be announced at the Royal Festival Hall in central London on June 4, receives £30,000 and a bronze known as a “Bessie.”

Other nominees for the 19th annual award include The Luminaries by New Zealand author Eleanor Catton, which won the 2013 Booker Prize. Australia’s Hannah Kent is nominated for Burial Rites, while Indian-American Jhumpa Lahiri is long-listed for The Lowland.

Penguin Books U.K.’s managing director Helen Fraser chairs the five-woman judging panel, which will announce the short list on April 7. “This is a fantastic selection of books of the highest quality—intensely readable, gripping, intelligent and surprising—that you would want to press on your friends,” she said.

Former winners Chimamanda Ngozi Adichie (2007) of Nigeria and Suzanne Berne (1999) of the United States are on the long list, which also contains six debut novels. U.S. writer A. M. Holmes won last year’s prize with May We Be Forgiven.

No ‘Deal’ for the Opposition, Vows Imran Khan

Fiction is a more appropriate field for Fatima, as nobody bought her version of facts. Only if she had referred to the people killed, illegally prosecuted and massive damage done by her family while narrating their blood soaked history, she might have found some readers.

I have not read the book in quwstion for which Fatima has been nominated for the urange Prize. She wrote a bool titled Songs and sword of blppd. . That book was full of inaccuracies and false hood. I think sre is fascinated with blood, that is why she writes about blood

She should write spying thriller to make some money. I am sure she has not worked for a day for living, since she has inherited wealth from her ancestors. She has lived under the tutelage of her step mother, who has poisoned her mind against her aunt and other family members. His father was killed by the Karachi Polce in an encounter. Her aunt never ordered her brother’s killing

She has falsely weaved this story against the assassinated Prime Minister Be Nazir Bhuuto, She sares the family name with her, but not the fame and fortune. She is prejudiced against her.

I am not sure whether she can win this Prize or not, but I amconfident that she can make a good politician, as she has all the qualities requisite of a politician.Good luck Fatima !