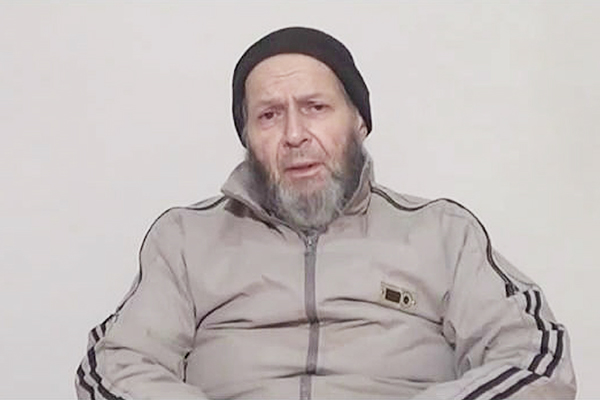 Officials claim a rescue mission was not a realistic option as Weinstein’s location in Pakistan was unknown.

The FBI facilitated a 2012 ransom payment of $250,000 to Al Qaeda from the family of a kidnapped U.S. aid worker later killed in a drone strike, The Wall Street Journal reported on Wednesday.

The Federal Bureau of Investigation’s role, previously undisclosed, runs counter to Washington’s longstanding public opposition to paying ransoms to secure the release of hostages. An FBI spokeswoman said she was unable to comment on the matter due to “an ongoing investigation.”

But ABC News reported at the weekend that a National Counterterrorism Center advisory group, acting on White House orders, is expected to recommend that U.S. officials stop prosecuting families of American hostages who communicate with kidnappers abroad or raise funds and pay ransoms.

Warren Weinstein was snatched by Al Qaeda in Pakistan in 2011 and killed with fellow hostage and Italian aid worker Giovanni Lo Porta in a CIA drone strike in January targeting a suspected hideout of the terror group in Pakistan’s tribal areas.

The Journal said the FBI vetted a Pakistani middleman used by the Weinstein family to transport the $250,000 ransom payment and provided additional intelligence for an exchange. The Pakistani intermediary told the newspaper that the ransom was transferred to kidnappers in 2012 in $100 bills in Peshawar, but Weinstein was never released.

“The policy that’s been in place throughout the six years of the Obama administration, and that was in place during the previous administration as well, is one that continues to be in place right now,” he said. U.S. officials told the newspaper that FBI agents did not directly authorize or approve ransom payments, which would have violated U.S. hostage policy, and instead provided the information in part to protect the family.

A family spokesman said over the weekend that Weinstein’s relatives “took the advice of those in government who deal with such issues on a regular basis and were disappointed that their efforts were not ultimately successful.”

According to The Wall Street Journal, the FBI indicated to the family that a ransom payment was probably the best of several unattractive options to try to secure Weinstein’s release. But the FBI also warned the family that Al Qaeda might not release Weinstein even after receiving the money.

Because U.S. law enforcement and spy agencies did not have credible intelligence about Weinstein’s location in Pakistan at any given point, a rescue mission was not a realistic option, officials told the newspaper.