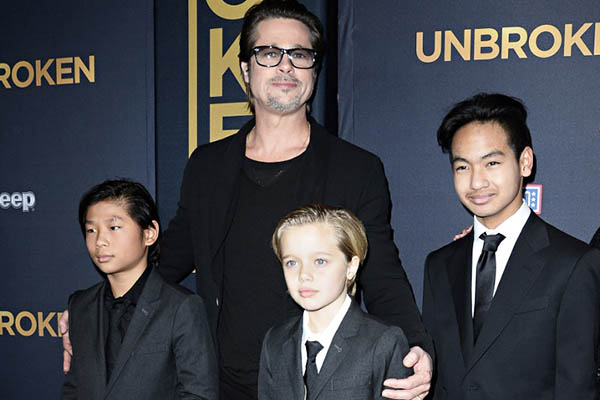 Federal authority says it is determining whether an investigation will be pursued amid child abuse allegations.

The FBI has opened an investigation into Brad Pitt, amid news reports that the Hollywood actor’s abusive behavior toward his children was what led wife Angelina Jolie to file this week for divorce.

Celebrity website TMZ reported that police have launched an investigation into Pitt, who reportedly began yelling and “getting physical” with his children on a private jet several days ago.

An FBI statement late Thursday confirmed that an investigation “regarding allegations within the special aircraft jurisdiction of the United States—specifically, an aircraft carrying Mr. Brad Pitt and his children” has been opened.

However, the press release offered no additional details about the probe, other than to say “the FBI is continuing to gather facts and will evaluate whether an investigation at the federal level will be pursued.”

The Los Angeles Police Department, meanwhile, so far is not investigating Pitt.

“We have no report in our record for any filings for Brad Pitt, we are not having any investigations regarding Brad Pitt,” said police spokesman Lorenzo Quezada.

Several media outlets reported this week that Pitt had been verbally and physically abusive toward at least one of his six children during an angry outburst that contributed to Jolie’s decision to end their marriage.

Jolie, 41, on Monday filed for divorce from Pitt, 52, citing irreconcilable differences and seeking custody of their six children. The two actors are among America’s biggest film stars. Together they came to be known as “Brangelina”—Hollywood’s most glamorous and celebrated couple in decades.

The A-listers wed in France in August two years ago, but have been a couple since 2004. They have three biological and three adopted children together.