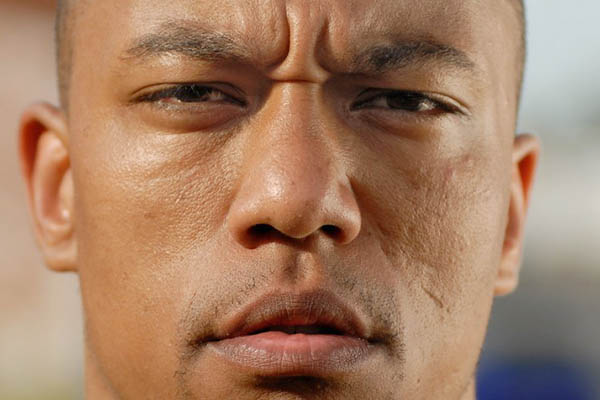 An FBI translator who was hired to spy on a German member of the Islamic State group instead apparently grew attracted to him and snuck off to Syria to get married.

According to court documents seen on Tuesday, Daniela Greene, who had a “top secret” security clearance, told her colleagues at the Detroit office of the Federal Bureau of Investigation that she was heading to Germany to see her parents for a few weeks in June 2014. Instead she flew to Turkey and snuck across the border to meet up and marry an I.S. fighter. He was not identified in the documents, but according to CNN, he was Denis Cuspert, a notorious former German rapper who went by the name of Deso Dogg.

Cuspert was officially designated a terrorist in early 2015 by the U.S. State Department, which described him as an I.S. recruiter focusing on German speakers, and noted that he had appeared in numerous I.S. videos, including one in which he was holding the severed head of an Islamic State opponent. It was not clear how Cuspert, also known as Abu Talha al-Almani, wooed her. Court testimony suggested they might have communicated privately via a Skype account he used that Greene did not report to her FBI colleagues.

Greene, who was born in Czechoslovakia and married a U.S. soldier, began work at the FBI in 2011, with no problems until her mysterious disappearance in June 2014. Immediately after her arrival in Syria she married Cuspert, on June 27, 2014, according to court documents recently unsealed. But within days Greene, now 38, began to seek a way out,

“I really made a mess of things this time,” she told a friend in a July 2014 email from I.S. territory. “I don’t know how long I will last here, but it doesn’t matter, it’s all a little too late,” she said in a subsequent email. In another, she said she recognized she could be imprisoned for years if she returned.

Court documents did not explain how she escaped from I.S. territory, but by early August, less than two months after traveling to Syria, she returned to the United States and was arrested. She immediately confessed and began cooperating with U.S. prosecutors. Her cooperation “was significant, long-running and substantial,” said an investigator, supporting a lenient sentence.

Ultimately she pleaded guilty to one charge of “making false statements involving international terrorism,” based on what she originally told the FBI about her travel plans. She received a relatively light 24-month prison sentence, and was released last year.