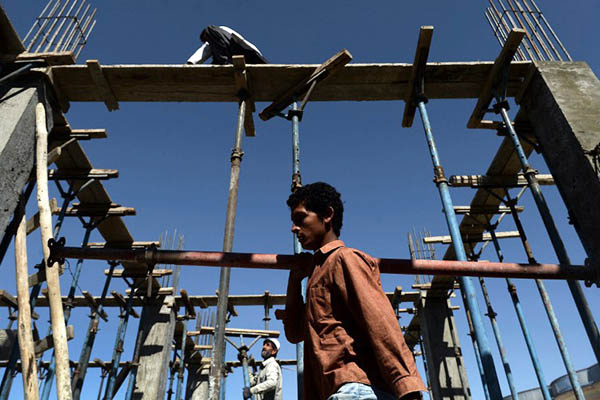 Prior to COVID-19 pandemic, the FBR had aimed to collect Rs. 5,238 billion in revenue

The Federal Board of Revenue has revised its revenue collection target for fiscal year 2019-20 down to Rs. 3,908 billion, with a senior official blaming the coronavirus outbreak for a drop in collections in the past two months.

In an interview with state-run Associated Press of Pakistan, FBR (Inland Revenue Policy) Member Hameed Ateeq Sarwar claimed the organization would achieve the revised target by June as the government eased lockdowns imposed to curb the spread of COVID-19 and economic activities returned to normal. He said the FBR had expected to collect Rs. 500 billion by the end of April but had only recovered Rs. 145 billion thus far, which was expected to reach Rs. 210 billion by May 1. “The COVID-19 outbreak affected the collections,” he said.

He said that the FBR expected Pakistan’s economy to recover soon and was likely to set a revenue collection target of Rs. 5,100 billion for the 2020-21 fiscal year.

To a question, Sarwar said that in light of government policies, the FBR had exempted the 2 percent duty on edible oils, as well as withdrawn duties on pulses, wheat, flour and sugar. “Prices of these items should reduce by 10-15 percent in coming days,” he added.

According to Sawar, the Ministry of Health had provided the FBR with a list of 61 items that needed to be imported to help fight the COVID-19 pandemic and 19 of those had been easily sourced locally. “We reviewed the whole list of 61 items and excluded these 19 items, which existed in generic name and have not been imported by the government,” he said, adding items that were available locally but were of poor quality had not been replaced. “Around Rs. 7 billion worth of items have been imported on an emergency basis,” he added.

Referring to the relief package announced by Prime Minister Imran Khan for the construction sector and a fixed-tax regime, Sarwar said the FBR had completed all required procedures already. He said this package was mainly for builders and developers and would come into effect by Dec. 25. The construction industry could benefit from this package by Sept. 20, 2022, he said, adding that no builders of buyers would be asked for their source of funding during this time.

Under the relief package, anyone wishing to launch a new housing scheme would have to pay 10 percent of fixed tax to start their business.

To another question, Sarwar said the recent decline in petroleum prices globally had been related to supply and demand and was not reflective of actual value. He said the FBR had faced losses of Rs. 15 billion in minimizing taxes on petroleum items.