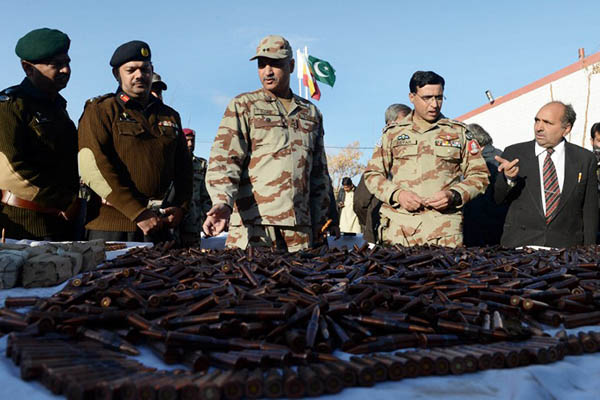 At least 40 members of the Baloch Republican Army and the Baloch Liberation Army killed, according to officials.

Paramilitary troops said they launched a military operation in Balochistan on Monday and killed some 40 rebels. The toll could not be independently verified.

The resource-rich province is home to a long-running separatist conflict that was revived in 2004, with nationalists seeking to stop what they see as the exploitation of the region’s natural resources and alleged rights abuses.

Security and rebel accounts of clashes often differ greatly and spokesmen for the two separatist groups have so far declined to comment. Some local residents said a military helicopter had been shot down, but the FC denied the reports. It said the helicopter made an emergency landing on a road in Kalat and the pilot and co-pilot were safe.

The fighting in Balochistan attracts little public attention, unlike the clashes with the Taliban in the northwest. The idea of giving greater autonomy to the province is highly sensitive in a country still scarred by the independence in 1971 of its eastern portion, now Bangladesh. Balochistan, spread over an unforgiving landscape of mountains and deserts abutting Iran and Afghanistan, is rich in gas and mineral deposits—adding a financial dimension to the battle.

In recent years many people suspected of links to separatist groups have mysteriously disappeared, allegedly at the hands of the intelligence agencies.