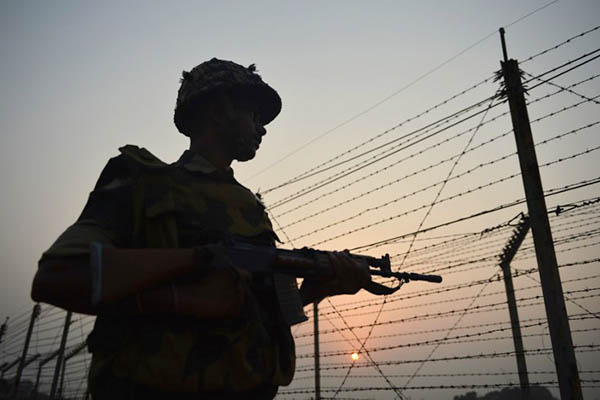 A Frontier Corps (FC) soldier was martyred and two others critically injured on Wednesday in separate incidents of gunfire from across the border with Afghanistan, Pakistan’s Foreign Office has said.

In a statement issued early on Thursday, the Foreign Office said that on Wednesday afternoon “terrorists operating from Afghanistan” had targeted Pakistan Army checkposts in the Binshahi sector of Dir with mortar and heavy weapons fire.

“In the evening the Afghan Border Police Posts also started engaging Pakistan Army posts,” it said, adding that the two cross-border exchanges of fire had resulted in one soldier embracing martyrdom and two others being critically injured.

The Foreign Office condemned the “unprovoked aggressive action” of Afghan forces, including the “evident support provided to the terrorists.” It said that such actions were detrimental to the coordination and cooperation mechanism between the neighboring states.

“Pakistan reiterates its determination to firmly respond to orchestrated terrorist attacks from across the border,” it added.

The press release noted that the incident occurred on the same day that the Afghan Army had been requested to hold a border flag meeting at Binshahi to “discuss cross border fire issues.”

Outgoing FO spokesperson Aisha Farooqui, speaking to media on Thursday afternoon, said the country was ready to respond to any aggression from across the border.