Fearing for the Future 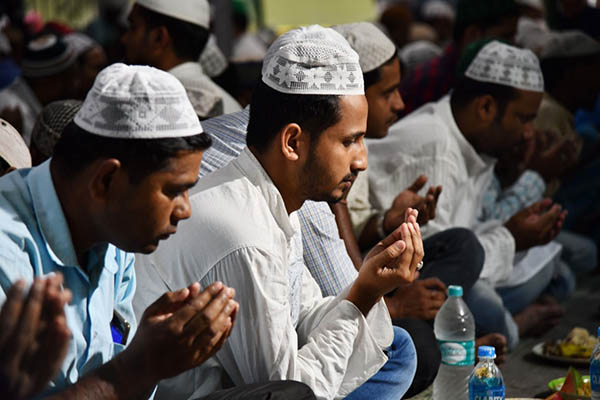 Branded as ‘infiltrators,’ Muslims in India’s Assam must now ‘prove’ their citizenship

Born in India 71 years ago, Mohammed Rehat Ali is still traumatized a month after his release from a detention camp, struggling to shake off a fear for the future shared by millions—many of them Muslims—under Prime Minister Narendra Modi.

The push to render stateless people described as “infiltrators” by Modi’s right-hand man has been limited to the northeastern state of Assam, but his Hindu nationalist party wants to replicate it nationwide, alarming Muslims, who critics say are the real focus.

“I have never expected that I would have to prove my citizenship. I am an Indian citizen, we are born here in Assam and living here for generations,” Ali, an illiterate farmer, told AFP. But when he was unable to produce the required documents, a “Foreigners’ Tribunal” declared him a Bangladeshi and sent him to a detention camp.

After three years, his sons secured his release by appealing to a higher court, but only after selling their land and cattle to raise legal fees.

He is one of the lucky ones. Over four million others in the state of 33 million—where immigration has been a hot topic since British colonial rule—were left off a draft “National Register of Citizens” (NRC) last July. They could not prove that they or their parents or grandparents were in Assam before 1971, when millions fled Bangladesh’s war of independence into India.

Those excluded have been able to appeal, but up to two million people could be left off a final list due at the end of this month, reports say.

Understanding the process and producing the necessary documents in a state where many are illiterate and lack even basic papers is a nightmare for many. One case that for critics encapsulated the absurdity was Sona Ullah, a retired Indian army captain and a veteran of the 1999 Kargil conflict with Pakistan. He was sent to a detention camp in May due to a mismatch in his papers. Police even seized his old uniform and he was only granted interim bail after an outcry.

Those who fail to make the cut have to go to one of around 100 “Foreigners Tribunals” currently in place. Another 200 are being set up. These are a lottery however, campaigners say, and the staff often unqualified.

According to online magazine Scroll, Assam’s coalition government, which is led by Modi’s party, has removed tribunal members if their “performance” falls short. “The atmosphere has become such that there is a competition to be, what members joke among themselves, the highest wicket-taker—the one who can declare the maximum number of people foreigners,” one former tribunal member told Scroll, using a cricketing analogy.

Most of those left off the draft NRC are Muslims, and critics of Modi’s Hindu nationalist Bharatiya Janata Party (BJP) say this reflects its aim to serve only its co-religionists.

In January the lower house of parliament passed legislation that will grant citizenship to people who moved to India from Bangladesh, Pakistan and Afghanistan at least six years ago—but not if they are Muslim.

Home Minister Amit Shah has called for the ejection of “termites” and said before the BJP’s election victory in May that it would “run a countrywide campaign to send back the infiltrators.” What will happen to those who don’t make the cut in Assam remains unclear, with some hardliners calling for mass deportations, although Bangladesh has already said it will not take any in.

There are currently 938 people in six detention camps. Another with a capacity of 3,000 is set to be built, and the Assam government wants another nine, each for 1,000 people. But even if people are not moved en masse to camps or ejected, becoming effectively stateless could make normal life—including access to healthcare or education—tough, raising anxiety levels.

According to the opposition, 44 people have killed themselves since the NRC process began. There are no official figures. It is a fear that Ali knows well, even as he acknowledges his good fortune in securing a release from the camps. “I have lost three long years of my life away from my family,” he said.