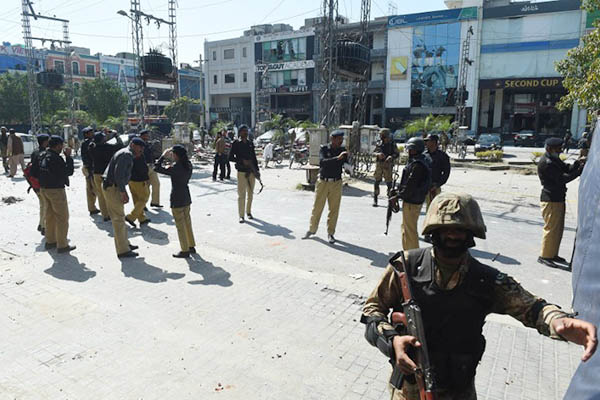 Islamophobia is not rising in the West alone.

Prime Minister Nawaz Sharif, during his 3-day visit to Turkey, found time to issue a joint statement with Turkish counterpart Binali Yildirim, saying: “Pakistan and Turkey have resolved to continue working together on issues of common interest, including the multilateral initiatives to combat growing trends of racism, Islamophobia, and discrimination based on religion and stereotyping against Muslims.”

Islamophobia is a term that condemns the trend of hating Islam in the West. Intellectuals all over the world denounce it as a disease inside states evolved as highly tolerant and humane societies. Expatriate Muslims suffer at the hands of local miscreants who have embraced Islamophobia against their own law. Huntington’s thesis of Clash of Civilizations is seen by some as currently unfolding in Europe and America, with extreme-right politics looking fair to triumph.

But there is another Islamophobia to consider and that is Muslims’ own fear of Islam as terrorist organizations such as Al Qaeda and Islamic State rally hundreds of gangs of Muslim killers under their flag and threaten Muslim states in the name of their faith. Looked at from this angle of internecine intolerance, Islamophobia looks like a Muslim phenomenon that is likely to grow. Pakistan tasted this phobia in February when Muslim warriors put to death dozens of innocent Pakistanis in the name of Islam.

The kind of Islamophobia suffered in Pakistan—despite Pakistan’s effort at pinning this carnage on India—is being experienced in Afghanistan, Pakistan, Iraq, Syria, Libya, Nigeria, Yemen and Somalia. Many sects under Islam, heretofore tolerated, walk in fear as the trend of apostatization gathers strength inside unstable states. Whereas in the West Islamophobia tends to unite the nation, in the Islamic world self-hating populations inside a state feel less and less like a nation.