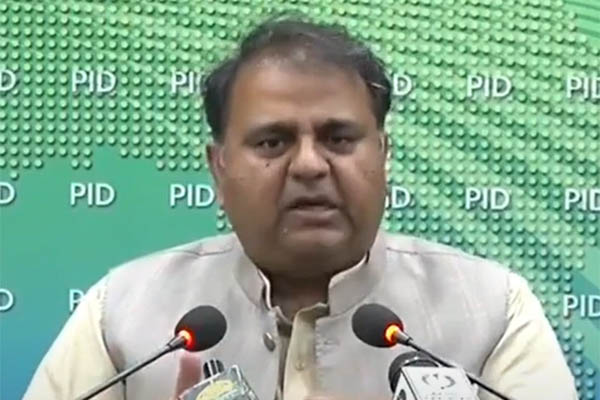 The federal cabinet on Tuesday granted approval to the Public Properties (Removal of Encroachment) Bill, 2021 in a bid to boost government efforts aimed at recovering state-owned land from illegal encroachments.

Addressing a press conference after a weekly meeting of the cabinet, Information Minister Fawad Chaudhry said that the law envisaged a federal government officer being empowered to issue show-cause notices to any encroachers occupying state land, adding that they would also have the authority to initiate legal action against them if they failed to provide a satisfactory reply.

Under the law, said the minister, fines and penalties have been imposed on land grabbers and encroachers, adding that special tribunals would be established for speedy trial of such cases. The tribunals, he said, would have to decide the matter within 30 days of an accused filing a petition against any show cause notice.

Any encroacher who does not vacate state property after a tribunal decision would be liable to pay rent on the land, he said. The station house officer of local police precincts would also be held responsible for any delay in the retrieval of property in accordance with tribunal decisions, he added.

The cabinet also approved a proposal to mortgage major airports and road networks across Pakistan by floating Sukkuk bonds, said the information minister, adding that it would promote the Islamic banking industry.

According to the summary approved by the cabinet, Sukkuk bonds would be issued and loans taken out against collateral of Islamabad Expressway, Islamabad-Peshawar Motorway, Pinid Bhattia-Lahore Motorway section, and the international airports of Lahore, Islamabad and Multan.

According to Chaudhry, the cabinet supported a measure to import one million metric tons of wheat to meet increasing demand of the essential commodity. He said this was in addition to the 3 million MT the cabinet had already approved the import of. He said that this was necessary—despite a “record crop” of wheat in the past year—because the country’s population was exceeding its production capacity.

The cabinet also approved granting dual nationality to Pakistanis living in Luxembourg, announced the minister. Meanwhile, he added, the cabinet had directed the Ministry of Finance to submit a comprehensive report about writing off loans from various banks. Similarly, he said, a committee had been constituted under the command of Human Rights Minister Shireen Mazari to examine issues related to a housing society for staff of the Supreme Court of Pakistan.

During the meeting, the federal cabinet approved several decisions of the Economic Coordination Committee, including the procurement of more coronavirus vaccines. On several countries not accepting the Chinese vaccines being utilized by Pakistan, he said that the World Health Origination was negotiating with them to resolve the issue.

Briefing media on the Election Commission of Pakistan (ECP) pointing out unconstitutional clauses of the Elections Act (Amendment) Bill, 2020, which the PTI bulldozed through the National Assembly earlier this month, Chaudhry said that as an administrative body, the ECP was bound to implement all laws enacted by Parliament. He claimed the ECP did not have the authority to raise questions about Parliament, adding that only the Supreme Court could declare if any legislation was ultra-vires to the Constitution.

Claiming that the government had already announced a comprehensive strategy to make the electoral process transparent with the consensus of all stakeholder, he urged the ECP to utilize electronic voting machines for local body and by-elections. “This will not only help overcome the shortcomings in the electoral process but also strengthen the people’s confidence in the EVMs,” he said, adding that this would aid in their utilization during the next general elections.

The information minister reiterated that the PTI-led government was committed to granting the right of vote to overseas Pakistanis through internet voting. He lashed out at opposition parties for not agreeing with this—both PMLN and PPP have demanded more clarity on the issue, including the prospect of creating new constituencies for overseas Pakistanis—claiming that they were objecting to this measure because they know the overseas Pakistanis would only vote for Imran Khan.

To a question, he said Pakistan would use “sophisticated” EVMs that would not be vulnerable to hacking. “Our EVMs will not only provide electronic, but also paper trail,” he said.