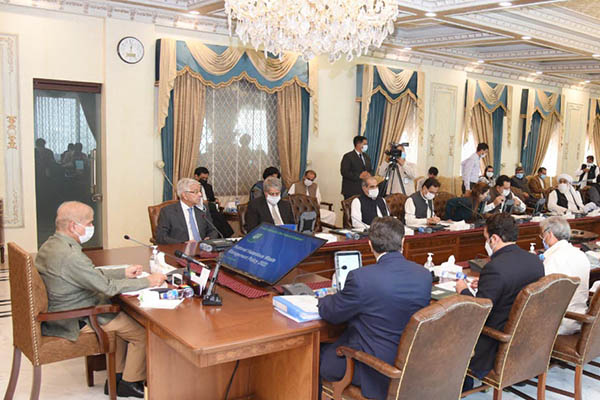 The federal cabinet on Monday approved the National Accountability (Third Amendment) Bill, 2022, with an aim to restrict the watchdog’s role in corruption cases of less than Rs. 500 million and withdraw the president’s authority to appoint accountability court judges.

Under the new legislation—which critics have described as ‘defanging’ NAB—the bureau would not be permitted to act against any corruption cases valued at less than Rs. 500 million. Similarly, the bill has imposed territorial limits for trials, requiring accused to be tried in courts under whose territorial jurisdiction they allegedly violated the law.

Another proposed amendment seeks to withdraw NAB’s authority to allow surveillance with the help of a high court, including any assistance from government agencies to be used against the accused in the trial. The new legislation states that any person called to provide information in relation to an offense alleged to have been committed would be informed of the allegations against them in advance so they could file their defense in court.

The new bill also calls to strip the president of his authority to appoint judges of accountability courts in consultation with high court chief justices, placing the mandate with federal government.

The legislation has also amended Section 20—which called for rigorous imprisonment extendable to five years with a fine for anyone who failed to provide required information to NAB—with the penalty now only applying to cases with a cash transaction of over Rs. 2 million. In another amendment, the NAB chairman’s powers to terminate cases and pending proceedings have been extended, including withdrawal of cases both partly or wholly, but subject to certain conditions.

NAB’s ability to investigate amnesty schemes announced by the government has also been removed. Section 25 maintains that the statement of an accused entering into a plea bargain or voluntarily return shall not prejudice the case of any other accused. It states that failure of the accused to make payment in accordance with the plea bargain agreement approved by court shall become inoperative with the rights of the parties.

The incumbent government passed the National Accountability (Second Amendment) Bill, 2021 through a joint session of Parliament on June 10. President Arif Alvi, in a statement, opposed the legislation and returned it unsigned and under protest. Under law, the bill automatically became law 10 days after his refusal. The ousted PTI has approached the Supreme Court against the bill, with former prime minister Imran Khan claiming it would allow public office-holders to get away with white-collar crimes.