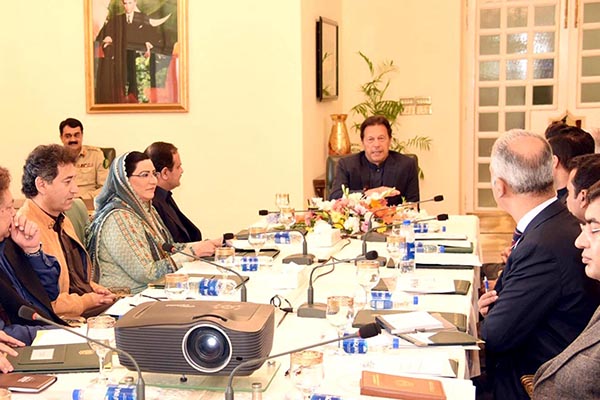 Chairing a meeting on how best to promote tourism to the country, Khan said a single body should be formed to supervise the renovation of existing tourist infrastructure. He also urged the participants to focus on developing tourism nationwide, as focusing on Khyber-Pakhtunkhwa and the country’s northern areas came with seasonal constraints. He echoed his government’s commitment to “religious tourism,” noting Punjab and parts of Khyber-Pakhtunkhwa could especially benefit from this.

The prime minister said international investors from across the world had expressed interest in funding the development of Pakistan’s tourism sector. He gave the example of Switzerland, Turkey and Malaysia, saying all were earning huge revenue from their tourism industry. “Pakistan has diverse and rich tourism potential in terms of mountain tourism, adventure tourism, desert tourism and religious tourism,” he added.

During the meeting, the participants reviewed all the progress thus far in realizing the promotion of tourism in Pakistan. Khan said government rest houses, built on and maintained by taxpayers’ money, should be used as a source of income. “Pakistan is emerging as an attractive destination on the international tourism map due to its beautiful natural landscape. We must capitalize on this potential by expediting infrastructure development, provision of services and facilitation,” he added. The prime minister also directed the development of tourism infrastructure and services in line with the preferences and priorities of tourist groups and adherence to ecotourism principles.

The meeting was informed that efforts were underway to organize an international tourism conference in Pakistan and that special facilities were being extended for monks at Peshawar Museum. Similarly, Sikh visitors were being facilitated for visits to parts of Khyber-Pakhtunkhwa. Special tourist apps would also be introduced for the facilitation of tourists.