‘Few Signs of Progress’ in Afghanistan 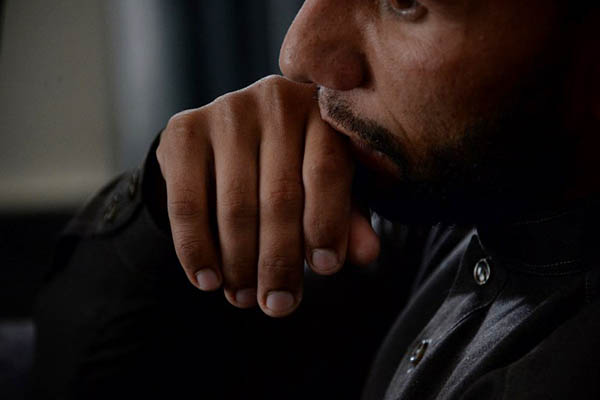 U.S. inspector says American claims of Taliban failing to achieve their objectives is not supported by ground reality

Upbeat assessments of an improving security situation in Afghanistan do not line up with the facts on the ground, a U.S. government watchdog said on Monday, pointing to “few signs of progress” in the war-torn nation.

Top U.S. officials and military commanders insist the Afghan security forces—which have suffered thousands of casualties and are beset with low morale and corruption—are now doing a better job of maintaining order.

But the Taliban still control swaths of the country, are staging repeated attacks and the Islamic State group has conducted a series of high-profile suicide blasts in Kabul and elsewhere. “This quarter, U.S. officials stated that the Taliban was not achieving its objectives and that momentum was shifting in favor of the Afghan National Defense and Security Forces (ANDSF),” the Pentagon’s Office of the Inspector General said. “However, available metrics showed few signs of progress.”

The top U.S. commander in Afghanistan, General John Nicholson, in November said the fight had “turned the corner” in the longest war in American history, and predicted that the Afghan security forces will expand government control of the population from about 64 percent now to 80 percent over two years. But the inspector general said there had been “little positive change” in the first quarter of 2018, with just 65 percent of the population living in areas under government control or influence.

At the same time, the number of Afghan security force personnel dropped from 331,708 to 313,728—a figure that is 11 percent below its authorized strength of 352,000. “This shortfall, at a time when there is an increased emphasis on building the lethality of the ANDSF, renews concerns about recruiting, retention, and casualty rates of the ANDSF and the overall effectiveness of the ANDSF,” the report states.

President Donald Trump last year unveiled a much-vaunted “South Asia Strategy” to tackle Afghanistan by including a broader regional approach. The aim is to convince the Taliban through diplomatic, military and social pressure it cannot win and must reconcile.

“During this quarter there was little publicly available evidence that the actions to increase pressure on the Taliban were having a significant impact,” the report notes.

Much of the diplomatic pressure relies on Pakistan to eliminate Taliban safe havens, but despite suspending between $1.5 billion and $2 billion in planned security aid, Pakistan did not take any “significant action” to eliminate the sanctuaries, the report said.

In February, the Afghan government offered the Taliban the chance to start a reconciliation process with no preconditions, and the U.S. has suggested Taliban elements want to negotiate. But attacks have continued unabated and last week the Taliban tried to seize the western city of Farah.

On Monday, the Taliban warned Kabul residents to avoid “military centers” in the heavily fortified city, saying they are planning more attacks in the Afghan capital. “This quarter, the Taliban continued to hold territory and launched devastating terrorist attacks in Kabul and across the country,” noted Glenn Fine, the deputy Pentagon inspector general.

Pentagon spokesman Colonel Rob Manning said the United States remains committed to its “train, advise and assist mission” to help the Afghan security forces. “Chaos and progress can coexist—and that’s exactly what we feel is happening in Afghanistan,” Manning said.