Investigation agency claims it has sufficient evidence to proceed against lawmaker 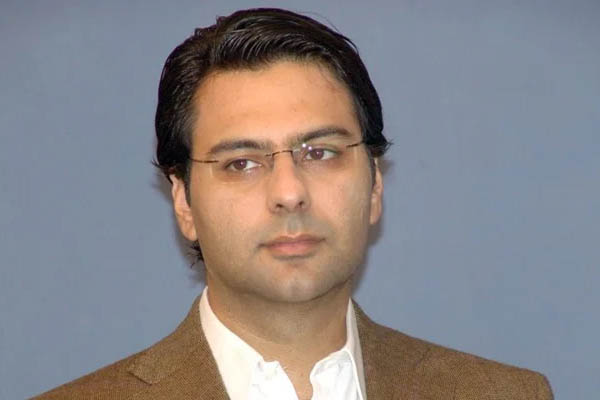 The Federal Investigation Agency on Tuesday registered a money laundering case against Pakistan Muslim League (Quaid) leader Moonis Elahi, as well as two others, in line with findings of the Sugar Inquiry Commission 2020.

According to the First Information Report (FIR) filed by the FIA, the case against Moonis pertains to Sections 34 (acts done by several persons in furtherance of common intention); 109 (punishment of abetment); 420 (cheating and dishonestly inducing delivery of property); 468 (forgery for purpose of cheating); 471 (using as genuine a forged document); of the Pakistan Penal Code, read with Section 5(2) of the Prevention of Corruption Act, 1947 and Section 4 of the Anti-Money Laundering Act, 2010.

Speaking with local media, the PMLQ leader’s lawyer said he would challenge the FIA case, claiming it had been filed without prior inquiry and was based on mala fide intentions. However, the FIA has referred to an inquiry ordered by the ousted Pakistan Tehreek-e-Insaf (PTI)-led government from 2020 into alleged financial and corporate fraud committed by various sugar mills, including those with links to Moonis.

In addition to Moonis, the FIR has also filed money-laundering cases against Nawaz Bhatti, nephew of Punjab Assembly Secretary Muhammad Khan Bhatti, and Mazhar Iqbal, a peon at the Rahim Yar Khan Sugar Mills. It has alleged that the RYK mill was allegedly set up to launder funds from “unexplained sources.” It has claimed that the two had acted as front-men for Moonis to “disguise the origin and nature of ill-gotten funds/proceeds used to set up” the mill.

It also noted that the NOC for the mill had been approved in 2007, when incumbent Punjab Assembly Speaker, and Moonis’ father, Pervaiz Elahi was the Punjab chief minister, adding that his “culpability will be determined during the investigation.”

Responding to the case, Moonis has described it as political victimization, adding that he has appeared before the FIA previously and would do so again. Claiming that all his investments were fully documented, he said the Pakistan Muslim League (Nawaz)’s pressure tactics would not make him withdraw his support for ousted prime minister Imran Khan.

“The PML-N is at a loss to understand how it can pressure me to change my loyalty towards former premier and PTI chairman Imran Khan,” he said. “There they may question me, arrest me, torture me if they will. But these idiots must understand that despite all these moves, we will not stop our support for the PTI or for Imran Khan,” he added.

Reacting to Moonis’ statement, Interior Minister Rana Sanaullah said the PMLQ leader must be aware that the case against him had been initiated due to the probe ordered by Khan. “If it was an investment made by the two others [Bhatti and Iqbal], then we have no objection,” he said. “But if it is proved that it was the Chaudhrys behind it, then he [Moonis] has no right to object and will be arrested,” he added.